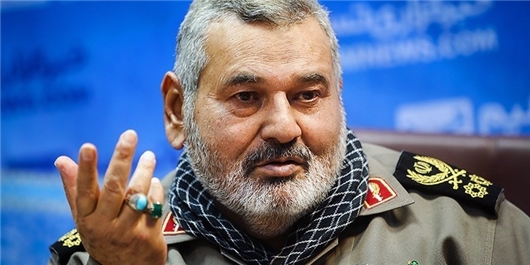 TEHRAN (FNA)- Iranian leader's top military advisor Major General Hassan Firouzabadi blasted US Ambassador to the UN Nikki Haley's demand from the International Atomic Energy Agency to visit Iran's military sites, stressing that the nuclear deal doesn’t include such a paragraph at all.

"Ms. Nikki Haley is the US agent to foment a new plot and she is lying. The nuclear deal doesn’t allow visit to the military centers," General Firouzabadi said on Sunday.

He said that according to Iran's rules, even the Iranian non-military and non-relevant officials should take permission from the Supreme Leader (who is the country's commander-in-chief) to visit the military sites, let alone the foreigners.

In relevant remarks earlier today, Iranian Foreign Ministry Spokesman Bahram Qassemi said his country will not bow to the US demand and pressure on the IAEA to visit Iran's military sites.

"We don’t allow others to step into banned zones based on the nuclear deal, and the Agency's inspection will be certainly carried out within the framework of our internal policies," Qassemi said on Sunday in reaction to Haley's demand from the IAEA to visit Iran's military sites.

"We will not surrender to certain governments' excessive demands," he underscored.

Qassemi also expressed confidence that given its independence and responsibility to defend its international position, the IAEA is not likely to accept other countries' illogical and unrealistic demands.

The IAEA is tasked with monitoring Iranian compliance with the deal, a basically technical matter that falls within the agency’s area of expertise. The IAEA has consistently verified that Iran is in compliance since the deal started being implemented in January 2016.

The US is a party to the nuclear deal, which was negotiated under former US president Barack Obama. But the administration of US President Donald Trump, which took over in January this year, has been opposed to the accord and is believed to be looking for a way to potentially withdraw from it.

Apparently toward that end, Trump has ordered a “review” of the deal and has assigned a team of his confidantes to provide him with “options” other than certifying Iranian compliance to the Congress, which is a US contractual commitment necessary for the Congress to continue withholding nuclear-related sanctions against Iran.

Haley had earlier traveled to Vienna, where the IAEA is headquartered, as part of the Trump administration’s “review” of the deal. There, she met with IAEA Director General Yukiya Amano.