Names of Western Activists, Academics Ready to Testify for Iran in 9-11 Court Released 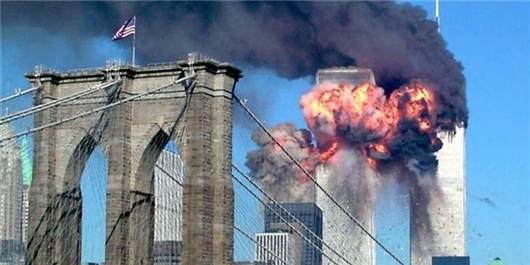 TEHRAN (FNA)- A large number of Western political activists, lawyers and university professors in a letter dismissed allegations of Iran's involvement in the September 11, 2001, terrorist attacks against the US, stressing preparedness to testify in support of the Islamic Republic at the court.

The letter to the Iranian justice and foreign ministries was written after the Southern District Court's ruling "found the Islamic Republic of Iran, the Islamic Revolutionary Guard Corps, and The Central Bank of the Islamic Republic of Iran" liable for the deaths of more than 1,000 people as a result of the September 11 attacks. Judge George B Daniels of the Southern District Court of New York said that Iran is ordered to pay "$12,500,000 per spouse, $8,500,000 per parent, $8,500,000 per child, and $4,250,000 per sibling" to the families and estates of the deceased. Iran has dismissed the allegations and has merely two days to appeal to the court ruling.

"We are writing to urge the Islamic Republic of Iran to immediately appeal the Southern District Court of New York’s ruling ordering Iran to pay more than six billion dollars of reparations for the 2001 terrorist attacks. Please note that the appeal must be filed by Wednesday, May 28, so this is an extremely urgent matter," the letter said.

"We are willing and ready to provide court testimony in support of Iran’s innocence. The extremely weak case against Iran is predicated on the 9/11 Commission’s version of events, according to which 19 alleged hijackers (15 of whom were Saudis, and none of whom were Iranians) precipitated a series of miracles including gross violations of the laws of physics. We can prove absolutely, beyond any reasonable doubt, that this version of events is false, thereby nullifying the case against Iran," it added.

"We believe that by strongly contesting this matter in a US court, Iran can win a major media victory over its enemies, and will likely win the legal case as well," the letter said.

In relevant remarks on Saturday, Nader Talebzadeh, a prominent political expert and activist, referred to the letter, and stressed the need for Iran to end its tradition of not appealing the US courts' rulings and challenge the mainstream media's story about the 9-11 incident with the help of the western political activists at the court.

He told FNA that "the September 11 fact-finding groups are ready to speak to the benefit of Iran in any court and testify that Iran has not been involved in the attack. They are ready to show presence in an official court and elaborate on the 9-11 incident. But the Iranian government is first required to appeal the ruling", adding that Iran can challenge the US government's story of the September 11 incident at the court.

Now, the western professors, politicians, experts and former members of the US Congress have written a letter to the Iranian government to testify in support of the Islamic Republic in an appeals court.

The names of a number of signatories of the letter are as follows:

7. Prof. Niels Harrit, chemist, former Professor at University of Copenhagen, He presents evidence that the dust of the buildings contained the explosive nano thermite (Denmark)

11. Christopher Bollyn, investigative journalist and author of Solving 9-11: The Deception that Changed the World and The War on Terror: The Plot to Rule the Middle East.

12. Jimmy Walter, venture capitalist and author & best known for sponsoring advertisements asking to reopen the investigation 911 & offering financial rewards to anyone that could prove the World Trade Center was destroyed without the use of explosives. (USA)

16. Sander Hicks, Candidate for US Congress, author of The Big Wedding: 9/11, the Whistle-blowers, and the Cover-up (USA)

21. Gerhard Wisnewski, author of the first critical television documentary on 911, in a large worldwide broadcast. Author of “9/11 Operation: Attack on the globe”; “9/11 Myth: Tracking the truth, New revelations” (German)

29. Michael Maloof, former senior security analyst in the Office of the Secretary of Defense (USA)

30. Scott Rickard, former intelligence officer for the USAF, the NSA, and the Directorate of National Intelligence (DNI) (USA)

63. Dragana Trifkovic, Director of the Center for Geostrategic Studies (Serbia)