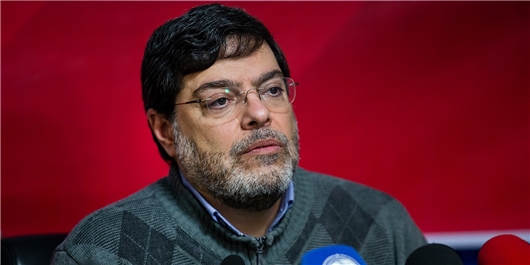 TEHRAN (FNA)- Social networking websites Facebook and Instagram both disabled the accounts of renowned Tehran University Professor and analyst Seyed Mohammad Marandi on Saturday in yet another low for the freedom of expression in the US that has already shut down social media pages of tens of Iranian analysts and officials.

“My accounts on Facebook and Instagram were both disabled today in total disregard for the freedom of speech,” Marandi, an Iran affairs expert regularly appearing on a wide range of world media, told FNA Saturday evening.

Asked if his posts covered any illegal or violent contents, he said both social medial outlets had suspended his pages after he released photos of ailing IRGC General Ali Fazli when he was under chemotherapy at a Tehran hospital.

Photos of Fazli in hospital suit at the intensive care unit of a Tehran hospital have been surfacing the social media in Iran very often in recent weeks. Gen. Fazli is one of the tens of thousands of Iranians, including Marandi himself, who sustained serious lung injuries and developed different types of cancers after they came under chemical attack by the army of the former Iraqi dictator Saddam Hussein who received the raw material and the technical assistance of several European countries to make chemically armed munitions. A large number of chemically wounded Iranians who are still alive and in pain have filed complaints against a number of European states at international courts for their assistance to Saddam’s chemical army. CIA’s Declassified documents released by the western media, including Foreign Policy, in recent years disclosed that the US also assisted Saddam with aerial and satellite images and data on the concentration points of the Iranian troops, including 25,000 Iranian soldiers who came under chemical spray on Faw Island in late 1980s. Marandi himself is still suffering from the wartime wounds he sustained in two chemical attacks in those days.

“They had also suspended my Facebook and Instagram accounts several times after I released photos of my presence in the warfronts in my young ages three decades ago,” the Tehran University professor said. 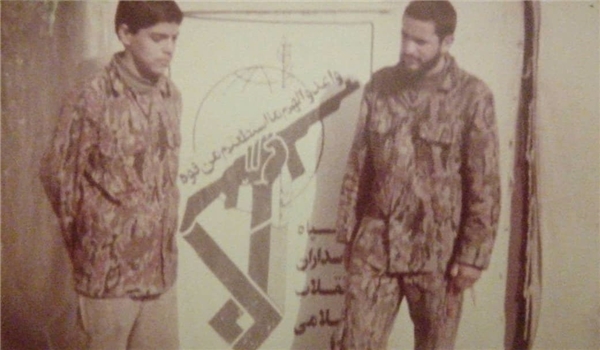 M. Marandi (L) in Popular Forces (Baseej) uniform at the age of 16 at a base

Dr. Marandi’s case is the most recent in a fast-growing chain of account disabling cases targeted at thousands of pages of not only Iranian officials, politicians and activists, but also citizens by Facebook, Instagram and twitter, after they post contents in support of Iran; a new frontier by US President Donald Trump’s maximum pressure campaign that has now shifted to media warfare to shut down Iranian voices after his Treasury army failed to subdue Tehran through economic pressures.

The Trump campaign against free speech could cost the US direly. Trying to shut down a famous and often heard academician who is an always welcome voice on a wide range of world media from mainstream outlets such as the CNN and the BBC to alternative media like Al-Jazeera and RT, from English to Arabic and Persian seems to be a more damaging than smart move for a nation that claims to be a beacon of freedom of speech. Yet, the campaign against freedom of expression and speech by the US administration is finding new shapes each day.

Just a day earlier on Friday, the US Treasury cut off access of Iran’s Fars News Agency to its .com domain in a flagrant violation of the freedom of expression.

The registrar company that was rendering service to the Fars News Agency blocked FNA's access to its .com domain on Friday and explained in an e-mail that the established regulations of the US Treasury Department’s Office of Foreign Assets Control (OFAC) and its list of Specially Designated Nationals (SDN) prohibit services to Fars News Agency. 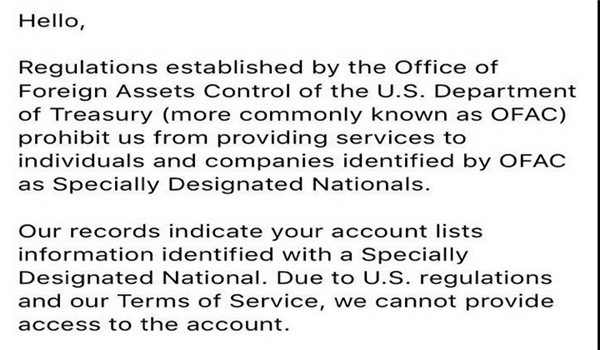 The move came as neither the Fars News Agency (FNA) nor any of its directors and executives have ever been blacklisted in the Specially Designated Nationals (SDN) list which is enforced by the US Treasury’s Office of Foreign Assets Control (OFAC), implying that the US unilateral sanctions that are illegal per se as they fall outside the UN Security Council and UN Charter have been used as an instrument to contain the voice of the Iranian news agency in a flagrant violation of human rights and freedom of expression.

Further examinations of the lawyers also show that none of people responsible in the privately-owned Cultural Institute of Fars News Agency, which holds the license for running the FNA, have been added to the SDN list.

Meanwhile, the American domain registrar company who used to offer the .com domain of the FNA is now refusing to give the news agency the needed user access to change its service provider.

The US should account or its suppression of free speech since freedom of expression is a universal right enshrined in the Vienna Universal Declaration of Human Rights and many regard it as a basic right, experts and commentators say.