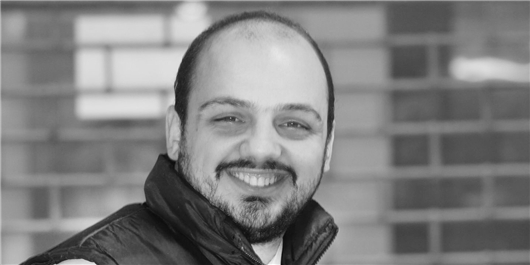 TEHRAN (FNA)- Steven Sahiounie, American journalist and political commentator, says the US Administration tries to prevent Americans from getting familiar with Iranian perspective, to press ahead with its sanctions, threats and assassinations plans.

In an exclusive interview with FNA, Sahiounie said while his administration is expanding economic and diplomatic warfare against Iran, “Trump has used a crackdown on social media… [He] is waging an information war against Iran”.

“The American people value a free press, and this is a cornerstone of the American constitution; however, the current Trump administration does not represent traditional American values, or diplomatic norms,” Sahiounie added.

Steven Sahouni is an independent American-Syrian political analyst and writer based in Lebanon; he has been covering the crisis in the East Asia region. He has also published numerous articles in several media outlets.

Q: The website of Iran’s Fars News Agency has been blocked by the direct order of the US Administration. How would you explain the state order to block an Iranian media outlet?

A: The only explanation of a US state order to block Fars News Agency, which is Iran's leading independent news agency, is that the Trump administration wants to prevent American citizens from reading the Iranian perspective, and truthful unbiased reporting on news events coming from Iran, and the greater Middle East region. The American people value a free press, and this is a cornerstone of the American constitution; however, the current Trump administration does not represent traditional American values, or diplomatic norms. President Trump is waging a war against Iran through the media, sanctions and threats. If Americans are allowed to see the Iranian perspective they might not be so supportive of the sanctions, threats, assassinations and any future war that Trump may be planning.

A: Trump has used a crackdown on social media while his administration is aggressively expanding its economic and diplomatic warfare against Iran, in hopes of ultimately overthrowing their sovereign government.  Trump is waging an information war against Iran, and we must ask ourselves what is Trump afraid of the American people learning by reading Iranians posting on social media? What is Trump trying to hide from the American people? He is trying to hide the truth about the devastating effects of sanctions on the lives of innocent people in Iran, who are comparable to Americans.  He does not want Americans to see that Iranians are human beings, and brothers and sisters, with the same rights to dignity.

Q: Instagram removed all the posts related to the US’ assassination of Iranian General Qassem Soleimani; and, Facebook warned to suspend users who made posts about him. Do you believe the same policy was applied then?

A: Facebook, and its subsidiary Instagram, announced that it will be censoring content that it deems to be supportive of General Qassem Soleimani, who was assassinated in a US act of war. In reporting by CNN, Facebook said its censorship of users’ free speech will be done in order to comply with Trump’s suffocating sanctions on Iran. It appears that Facebook, and other social media, allow themselves to be used as political tools by the Trump administration.  Americans will not tolerate this situation for long, and alternative sites will be formed in order to share and discuss the truth. In the end, the truth cannot be hidden.