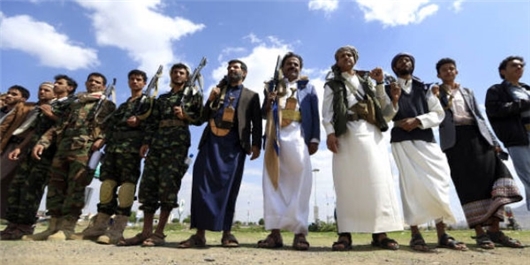 TEHRAN (FNA)- Iran dismissed allegations about supplying weapons to Yemen's Ansarallah resistance group, saying that "all that glitters is not gold".

"All that glitters is not gold and any similar weapon is not necessarily as an Iranian weapon," Foreign Ministry Spokesman Seyed Abbas Mousavi told reporters in a press conference in Tehran on Monday.

"Medicine and medical goods are sent to them (the Yemenis) with difficulty; then how could military equipment go through and sent to them?" he asked.

Mousavi said that the Yemeni nation has made astonishing progress in the military field and manufacturing weapons and military equipment after facing the Saudi-led aggression.

His remarks came after experts claimed in a report to the Security Council that some of the new weapons that the Yemenis have acquired in 2019 "have technical characteristics similar to arms manufactured in the Islamic Republic of Iran".

Saudi Arabia and a number of its regional allies launched a devastating campaign against Yemen in March 2015, with the goal of bringing the government of former president Abd Rabbuh Mansour Hadi back to power and crushing the Ansarallah movement.

The US-based Armed Conflict Location and Event Data Project (ACLED), a nonprofit conflict-research organization, estimates that the war has claimed more than 100,000 lives over the past nearly five years.

The UN says over 24 million Yemenis are in dire need of humanitarian aid, including 10 million suffering from extreme levels of hunger.