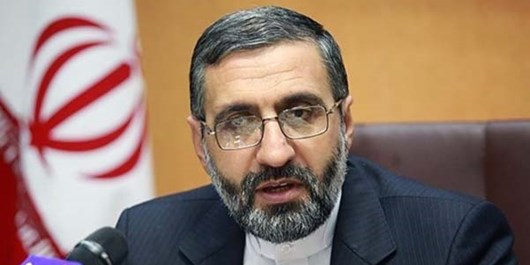 TEHRAN (FNA)- An Iranian court has issued death penalty for a person who has spied for the US intelligence service (CIA) in the country, Judiciary Spokesman Gholam Hossein Esmayeeli said on Tuesday.

"Amir Rahimpour who spied for the CIA and received huge amounts of money and attempted to provide the US intelligence service with a part of Iran's nuclear information was tried and had been sentenced to death and the supreme court has also recently endorsed his sentence and he will be punished soon," Esmayeeli told reporters in a press conference in Tehran today.

He added that two others who also collected intelligence for the US under the disguise of a charity have also stood on trial and were sentenced to 10 years of prison for espionage operations and 5 more years for acting against security.

Last year, Iran issued rulings for two persons who spied for the US and Saudi Arabia in the country.

"Rulings have been issued for two spies of the US and Saudi (intelligence) agencies," Esmayeeli told reporters in a press conference in Tehran in May.

The spokesman declined to reveal any further details.