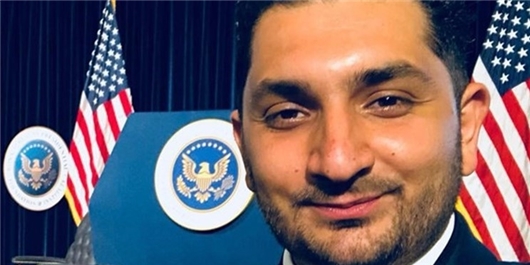 TEHRAN (FNA)-Iraqi media released images of Steven Nabil, one of the main leaders of the recent unrests in the Arab country, that show his close ties with the US officials.

The Arabic-language Boratha news website released Nabil's photos with former US Secretary of State Colin Powell and former American Ambassador to Iraq John Dimitri Negroponte that had been taken in 2004 - a year after the US invasion of Iraq.