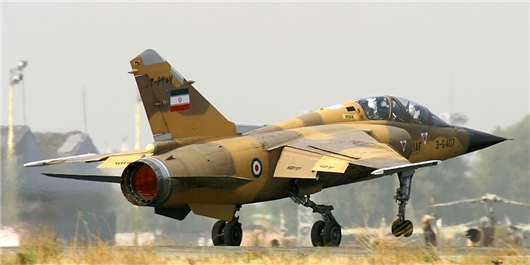 TEHRAN (FNA)- Iran’s Air Force (IRIAF) announced that it has refurbished its Mirage F1 fighter jets with domestically-developed radars and various other equipment, in a bid to renovate its military air fleet independent of Western countries.

The domestic detection apparatus has done away with the aircraft’s previous shortcomings in the area of radar surveillance capability, the official added.

The Islamic Republic has already armed the warplanes with Iranian-built weapon systems, making them capable of carrying various projectiles, including indigenous cruise missiles with up to 300 kilometers (186 miles) in range.

The French-made warplanes can be deployed for various missions, including those designed to turn the tables on the enemy during aerial warfare. They can also be used for provision of logistical support for ground operations.

France had armed the Iraqi military with a number of the warplanes during former Iraqi dictator Saddam Hossein’s Western-backed imposed war of 1980-88 against the Islamic Republic.

Years later, a number of Iraqi aircraft, including some Mirages, fled to Iran to escape capture prior to the Persian Gulf War in 1991, which saw the United States and its allies attacking Iraq for its annexation of Kuwait under Saddam.

Tehran confiscated the aircraft as partial compensation for the losses, which were imposed on it during the former warfare.

Last Sunday, Commander of the Iranian Air Force Brigadier General Aziz Nasirzadeh announced that his force is planning to stage an airshow with three domestically-manufactured Kowsar fighter jets in April.

“We are planning to stage aerobatic maneuvers with three Kowsar jets during the Army Day parades (on April 17),” he said, noting that last year, the airshow was staged using only one jet.

Brigadier General Nasirzadeh said that the Iranian Air Force is planning to stage an airshow with three homegrown Kowsar fighter jets in April.