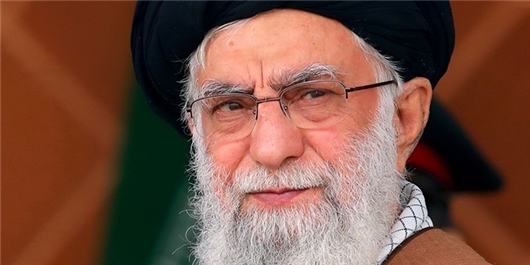 TEHRAN (FNA)- Supreme Leader of the Islamic Revolution Ayatollah Seyed Ali Khamenei hailed and appreciated strenuous efforts by the Iranian health minister and his colleagues to fight against coronavirus.

Ayatollah Khamenei lauded “invaluable” efforts being made by Iran’s Health Minister Saeed Namaki and the country’s entire health sector in the fight against a coronavirus outbreak.

He delivered a message to the country’s medical staff on Thursday at a meeting with Alireza Marandi, the president of the Academy of Medical Sciences of the Islamic Republic of Iran.

The Leader expressed his “heartfelt thanks” to the Iranian health minister and his colleagues as well as the country’s entire medical personnel, including doctors and nurses, for their hard work to contain COVID-19, as the novel coronavirus is called.

“Your work is invaluable. It both enhances the value of the medical and nursing community in the society — something which has already come about — and, more importantly, it will bring you divine reward,” Ayatollah Khamenei said.

He further wished the country’s healthcare system success in the fight against the epidemic, expressing hope that the “difficult and momentous task” will not become prolonged, and that the “malicious virus will be uprooted as soon as possible.”

Spokesman of the Iranian Health Ministry Kianoush Jahanpour said on Thursday announced that the number of coronavirus infected people has increased to 245, adding that 26 patients have died so far.

He had said on Tuesday that over 700,000 sanitation packs, including equipment to prevent coronavirus-infection have been transferred to Qom province, the first place where the COVID 19-infection was diagnosed, and are being distributed among people.

As a preventive measure, Iranian authorities have ordered a week-long closure of educational and cultural institutions across over 10 provinces as of Thursday.

Spokesman for Tehran's Department of Education Masoud Saqafi said the decision was made to "prepare schools" which have to be disinfected and sanitized.

The death toll from the novel coronavirus has risen to over 3,000 worldwide, with the vast majority of those in mainland China. The total number of global cases stands at over 81,000.

South Korea now has more than 1,000 coronavirus cases nationwide. Europe's biggest outbreak is in Italy, where 12 people have died and there are over 400 infections, with restrictions imposed on some municipalities.