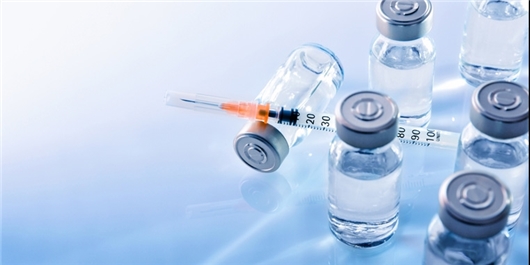 TEHRAN (FNA)- A renowned medical research academy in Tehran has tasked three teams of its scientists with finding medications and vaccine for curing and preventing coronavirus.

Chancellor of the Baqiyatallah Medical Sciences University (BMSU) said on Sunday that three research teams in the academic center were working on treatments for coronavirus, adding that one of the groups had already come up with a drug that could be used to cure the illness.

“One of the drugs has passed laboratory tests and we hope we could gain a positive result in the clinical stage,” said Brigadier General Alireza Jalali, who leads the military-funded BMSU.

Jalali said that Iranian researchers were also working on a coronavirus vaccine that would be based on the human genetic material.

He expressed hope that the vaccine would be developed within less than a year to help Iran and other countries to prevent the spread of the virus.

The official said that Iranian scientists had been studying coronavirus and its spread long before it started to grip the country in early February.

He said a main focus of the studies and researches on vaccine development has been efforts in China to identify and release the genetic sequence of the novel virus.

More than 2,800 people have died of coronavirus since it began last month in a city of Wuhan in central China. Tens of thousands of people, many of them in the Chinese province of Hubei, remain affected by the infection.

Iranian authorities said on Sunday that the number of all people infected with coronavirus in the country had climbed to 978, adding that 54 people had died after testing positive.

In a letter addressed to Supreme Leader of the Islamic Revolution Ayatollah Seyed Ali Khamenei on Thursday, Iran’s Health Minister Saeed Namaki underlined that his country will assuredly defeat the outbreak of coronavirus 2019 (COVID-19), adding that the world will be awed by Tehran’s way of managing the epidemic.

Namaki vowed that the country would surprise the world with its way of dealing with a coronavirus that has claimed more than two dozen lives since it broke out in the country last week.

The minister said in his letter that all government departments had joined in the fight against coronavirus in a “unique show” of solidarity.

“This, without any question, would surprise the entire world when the disease is brought to its knees,” wrote Namaki.

He said that Iran’s swift response to the coronavirus outbreak had come despite the growing economic pressure on the country due to the American sanctions.

The minister said that medical personnel across the Iranian health system were replicating heroic efforts shown during the massive floods that affected parts of the country in March and April.

The letter came after Ayatollah Khamenei thanked Namaki and all medical personnel across Iran for their efforts to contain the spread of coronavirus.

Ayatollah Khamenei hailed and appreciated strenuous efforts by the Iranian health minister and his colleagues to fight against coronavirus.

Ayatollah Khamenei lauded “invaluable” efforts being made by Minister Namaki and the country’s entire health sector in the fight against a coronavirus outbreak.

He delivered a message to the country’s medical staff on Thursday at a meeting with Alireza Marandi, the president of the Academy of Medical Sciences of the Islamic Republic of Iran.

The Leader expressed his “heartfelt thanks” to the Iranian health minister and his colleagues as well as the country’s entire medical personnel, including doctors and nurses, for their hard work to contain COVID-19, as the novel coronavirus is called.

“Your work is invaluable. It both enhances the value of the medical and nursing community in the society — something which has already come about — and, more importantly, it will bring you divine reward,” Ayatollah Khamenei said.

He further wished the country’s healthcare system success in the fight against the epidemic, expressing hope that the “difficult and momentous task” will not become prolonged, and that the “malicious virus will be uprooted as soon as possible.”