Zarif Urges World to Condemn US’ Medical Terrorism against Iran 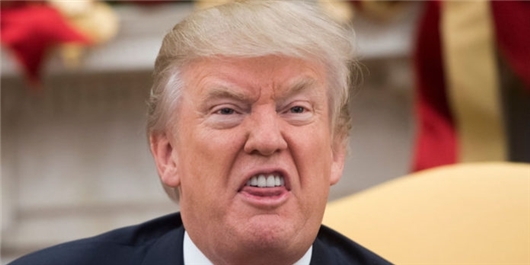 TEHRAN (FNA)- Iranian Foreign Minister Mohammad Javad Zarif called upon the international community to break its silence and inaction in regard to US President Donald Trump’s malevolent attempt to increase Iranians’ sufferings amidst a coronavirus outbreak in the country.

“Trump is maliciously tightening US' illegal sanctions with aim of draining Iran's resources needed in the fight against COVID19—while our citizens are dying from it,” Zarif tweeted on Saturday, lashing out at Washington for its politicized and inhuman approach to the spread of coronavirus in the world.

“The world can no longer be silent as US Economic Terrorism is supplanted by its Medical Terrorism,” the top diplomat urged the international community to not remain silent in the face of the US’ savagery.

The Iranian embassy in Belgium, in a statement issued on Saturday, hailed the selfless efforts of compatriot doctors and nurses in their fight against the outbreak of coronavirus, highlighting the importance of the role played by medical personnel in the face of the US inhuman sanctions.

In a tweet on Saturday, Secretary of Iran’s Supreme National Security Council (SNSC) Ali Shamkhani blasted the US sanctions which hinder his country’s efforts to fight against the coronavirus.

“The virus of sanctions and disloyalty is threatening the international safety and security more than coronavirus,” Shamkhani wrote on his Twitter page.

He referred to the US offer for cooperation and assistance to Iran in battle against the coronavirus, and said such a claim “can only be verified by the US implementation of its legal commitments under the nuclear deal”.

The United States, which has had no diplomatic ties with Iran since 1980, pulled out of a landmark nuclear deal with the country and reimposed crippling sanctions in 2018.

The US State Department said last week it had formally told Iran of the United States’ willingness to assist in unspecified ways through a message sent via Switzerland, which represents US interests in Tehran.

Iran's Foreign Ministry Spokesman Seyed Abbas Mousavi said last Monday, "We have had doubts and continue to have doubts about the intentions of Americans. If they had good intentions, they would not have publicized the aid first in the media with propagandist aims."

"We monitor the Americans' positions. We have already seen how much they acted against Iran and our capabilities and toward weakening the people, and those actions still continue," he added.

"We doubt the intentions of Americans, and do not count on these aids and are not ready to receive verbal aid either," Mousavi said.