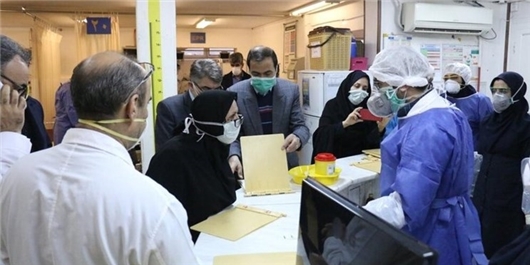 TEHRAN (FNA)- Spokesman of the Iranian Health Ministry Kianoush Jahanpour announced on Tuesday that fortunately over 2,700 coronavirus-infected people have recovered in the country, while a sum of 291 patients have lost their lives so far.

“Based on the laboratorial results, 881 new patients infected with COVID-19 have been identified in the country since Monday noon and the number of infected people increased to 8,042 cases,” Jahanpour said.

He expressed sorrow that 54 people have died of coronavirus in the past 24 hours, raising the death toll to 291.

Meantime, Jahanpour said that 2,731 patients infected with COVID-19 virus have recovered, noting that the process of treatment and discharge of patients has improved considerably.

Globally, more than 114,000 people have been diagnosed with COVID-19 with over 4,000 deaths so far, the vast majority of them in China where the virus originated late last year.

Authorities across the United States reported over 700 cases of coronavirus and 26 deaths as of Monday.

Italy is struggling to contain Europe’s worst outbreak of Covid-19, which has claimed 463 lives and infected 9,172 people.