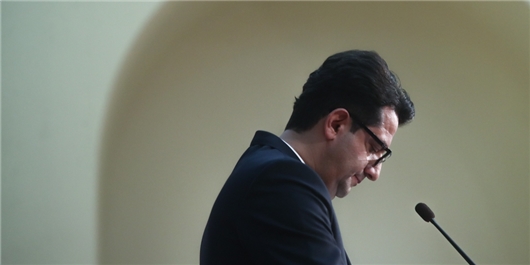 TEHRAN (FNA)- Iran’s Foreign Ministry Spokesman Seyed Abbas Mousavi said that his country is in full cooperation with the International Atomic Energy Agency (IAEA) within the agreed international framework, warning the agency not to damage its reputation with falling into traps of false claims made by some anti-Tehran regimes.

“The framework of our cooperation with the Agency is clear, but the Agency must also consider its reputation and credibility,” Mousavi said in a video conference presser.

“Any absurd claim made by any regime or individual should not be the basis of the Agency's questions.”

Mousavi’s reaction came after the IAEA Director-General Rafael Mariano Grossi repeated his past claim on Monday that Iran has been barring the agency’s access to two out of three locations about which “the agency has identified a number of questions related to possible undeclared nuclear material and nuclear-related activities.”

“The Agency has identified a number of questions related to possible undeclared nuclear material and nuclear-related activities at three locations that have not been declared by Iran,” Grossi added.

Reiterating Iran’s full cooperation with the Agency, Mousavi argued that the IAEA's concerns about those sites, which have nothing to do with Iran's nuclear program, emanate from false reports provided to the nuclear agency by a regime’s spy agencies.

He stressed that the agency should leave baseless fabrications of some regimes in its cooperation with Iran.

“Such an approach would certainly not be constructive,” Mousavi said.

“We will certainly discuss this with the European sides, and we will explain the basis of our position to the Europeans and the members of the Agency,” Mousavi noted.

Last Wednesday, Iran's permanent representative to Vienna-based international organizations Kazzem Qaribabadi told reporters that the US and Israel are seeking to undermine the “constructive cooperation” between the country and the UN nuclear agency by forcing the latter to act outside its purview.

“Unfortunately once again, the US and the Israeli regime are trying to sabotage the dynamic and constructive relations and cooperation between the International Atomic Energy Agency and Iran by exerting pressure on the agency to act beyond its functions enshrined in the [IAEA] Statute,” he added.

He said that Iran is trying to prevent bids by certain sides to set “an illegal and dangerous precedent” in the IAEA that would recognize fabricated claims by some intelligence services.

He added that such fabricated information will create no obligation for Iran to grant the IAEA access to certain sites inside the country.

“Making any request for further clarification or complementary access to [certain sites] by the IAEA based on fabricated information provided by espionage services, including that of the Zionist regime, is not only against the IAEA founding documents and its verification regime, but it does not also create any obligation for Iran to meet such demands,” the diplomat noted.

The envoy warned that countries will see their national sovereignty violated if they fail to take fundamental measures to foil such plots.