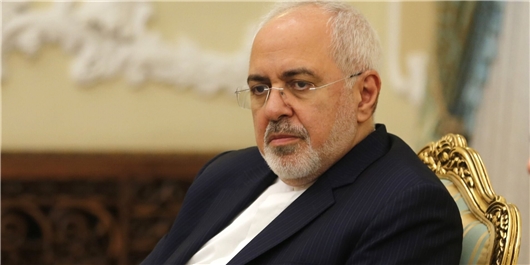 TEHRAN (FNA)- Iranian Foreign Minister Mohammad Javad Zarif announced on Thursday that his country has asked the International Monetary Fund (IMF) for emergency funding to help it in battle against the coronavirus outbreak.

Zarif wrote on his twitter page that IMF Managing Director Kristalina Georgieva "has stated that countries affected by #COVID19 will be supported via Rapid Financial Instrument. Our Central Bank requested access to this facility immediately”.

He called on the IMF/IMF Board to adhere to Fund's mandate, stand on right side of history and act responsibly.

Earlier on Thursday, Governor of the Central Bank of Iran (CBI) Abdolnaser Hemmati had announced that in a letter to the IMF he has required permission for access to the fund's available $5bln emergency financing facilities, aimed at addressing COVID-19.

In his letter, he underlined that no human body must be deprived of medicine or medical facilities due to the dearth of financial resources.

The Iranian health ministry announced on Wednesday that the number of people infected with COVID-19 virus has grown to 9,000, while deaths have increased to 354.

“Based on laboratory results, 958 new patients infected with COVID-19 have been identified in the country since Tuesday noon and the number of infected people has increased to 9,000 cases,” Health Ministry Spokesman Kianoush Jahanpour said in his daily report on Wednesday.

He expressed regret that 63 corona-virus patients have passed away in the past 24 hours, and raised the number of deaths to 354.

More than 126,000 people have been diagnosed with COVID-19 in the world with over 4,600 deaths so far, the vast majority of them in China where the virus originated late last year.

Authorities across the United States reported over 1,329 cases of coronavirus and 38 deaths as of Wednesday.

Italy is struggling to contain Europe’s worst outbreak of Covid-19, which has claimed 827 lives and infected over 12,000 people so far.