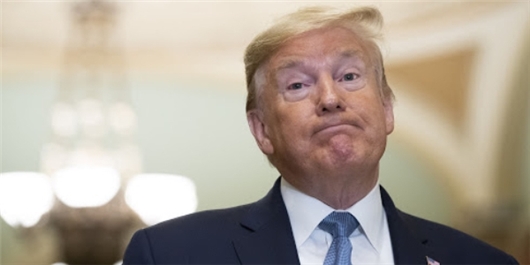 TEHRAN (FNA)- Iranian Foreign Ministry Spokesman Seyed Abbas Mousavi on Tuesday ridiculed the US president for his 'America First' slogan, and said that Donald Trump has led the US to the plight of the American people.

"Due to putting Iranians’ health at risk through economic and medical terrorism, committing crimes against humanity and its weak performance in fighting coronavirus inside the United States, the American government has no place to comment on measures taken by Iran in fighting COVID19," he said.

Mousavi made the remarks in reaction to US Secretary of States Mike Pompeo and spokesperson for the United States Department of State Morgan Ortagus interventionist and hatred mongering remarks against Iran with regard to fighting coronavirus.

"Trillions of dollars which have been spent for intervention in the Middle East would have been spent for the US public health infrastructure in a way not to see misery of medics wearing trash bag and COVID19 patients in despair," the Iranian foreign ministry spokesman added.

He described such claims by the American officials as indicating hatred mongering nature of the US regime.

While the US has the largest number of coronavirus patients and Americans are in critical situation, the US diplomats comments on Iran’s measures in fighting coronavirus are false and misinformation campaign of the anti-Iran lobbies.

Over the last few years, the US Administration has acknowledged spending at least $9 trillion to interfere in the internal affairs of the Middle East countries and to create insecurity and instability.