Report: US to Scale Back CIA Presence in Afghanistan 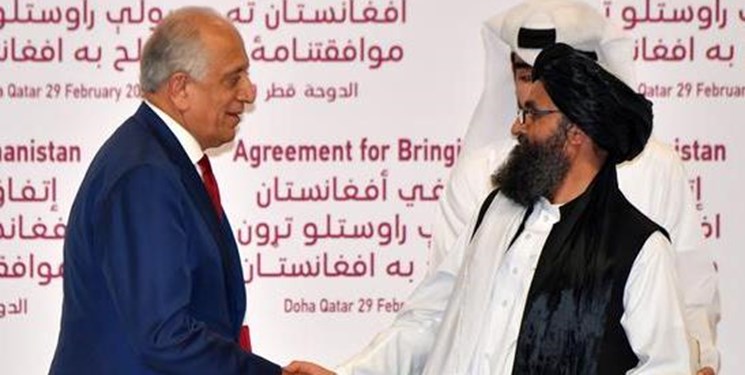 TEHRAN (FNA)- The United States is considering the withdrawal of CIA operatives from bases in Afghanistan, as part of an effort to further reduce violence in the war-ravaged Asian country, according to The New York Times.

The paper reported on Friday that the discussions over CIA’s presence in Afghanistan are part of Washington’s attempt to push forward the so-called peace deal with the Taliban militant group aimed at bringing peace to the country, which is nearing a breaking point.

Under the deal which was signed in the Qatari capital, Doha, in late February, Washington is compelled to pull out American forces and foreign troops from Afghanistan by July next year, provided that the militants start talks with Kabul and adhere to other security guarantees.

The Taliban has long demanded reductions in the CIA presence in Afghanistan alongside US troops, a request that American negotiators have so far resisted.

The number of CIA operatives in Afghanistan is thought to be several hundred, and it is perceived as one of the agency’s largest presences outside of the Washington area.

CIA personnel operate in various places around Afghanistan, advising militia groups. CIA’s presence in Afghanistan, on the phony pretext of combating terrorism, has made restoration of peace and stability in the country unattainable.

A highly secretive CIA-trained paramilitary unit, known as the Khost Protection Force (KPF), operating in Eastern Afghanistan, has been championed by many US officials as one of the most effective military forces in Afghanistan.

The Khost Protection Force has been implicated in civilian killings, torture and resorting to excessive force under the guise of counterterrorism activities.

The KPF, which is said to be more influential than the Afghan Army and Police in the province, is just one of several large paramilitary forces created by the CIA in the months after the Taliban was ousted following the 9/11 attacks in 2001.

“What is important to the United States government is that the Taliban and the Afghan government work to prevent a terrorist group from establishing itself again in Afghanistan, creating a state within a state, and eventually conducting another international terrorist attack,” Lisa Maddox, a former CIA officer, said.

“It is an endless war,” she noted, adding, “We are not winning it. Nobody is really winning it. We are going to have to make concessions and it is a difficult balance to strike. I don’t envy our negotiators.”

Last week, the Taliban accused Washington of violating the accord by supporting Afghan security operations in some parts of the country. The militants announced that such support could jeopardize the deal.

They have also accused the Afghan government of delaying the release of prisoners envisaged under the agreement.

Kabul, which was excluded from the talks and was thus not a signatory to the accord, is required to release up to 5,000 Taliban prisoners. The militants are obliged to free 1,000 pro-government captives in return.

The US invaded Afghanistan in October 2001 under the pretext of the so-called war against terror, overthrowing the Taliban regime that had ruled over the country till then.

Since the US invasion of Afghanistan, Washington has spent more than $2 trillion waging war on the impoverished country, leaving more than 2,400 American soldiers and tens of thousands of Afghan civilians dead.

About 14,000 US troops and approximately 17,000 troops from NATO allies and partner countries remain stationed in Afghanistan years after the invasion of the country.