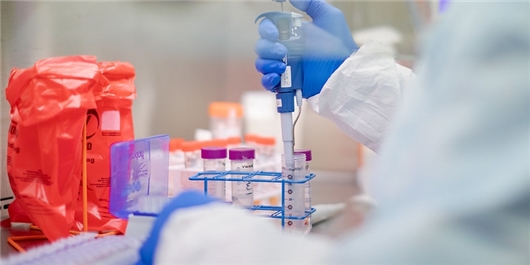 TEHRAN (FNA)- More than one in 10 people in Sweden may have been infected with the novel coronavirus since the outbreak began, the country’s leading medical university announced, citing preliminary results of a new COVID-19 antibody study.

Tests conducted on 200 blood donors by Sweden’s Karolinska Institute together with Karolinska University Hospital showed that at least 11 out of 100 of the participants have antibodies to COVID-19.

If their results are truly indicative of the viral spread in society, they suggest that for the nation with a roughly 10 million-strong population, more than a million people may have been infected.

The researchers warn, though, that their figures are not final and the real infection rate could be even higher.

The test “has a sensitivity of 70-80 percent”, Jan Albert, a clinical microbiology consultant at Karolinska University Hospital who worked with the samples, told Sweden’s SVT broadcaster.

He also explained that the test could not produce false positives, meaning that the number of those infected could potentially be higher, but is extremely unlikely to be lower than 11 percent of the population.

“One cannot draw conclusions about the exact percentages, but we know that the 11 percent [tested for this study] have had it,” Albert added.

He also admitted that the preliminary results obtained by the researchers are not enough for a full-fledged scientific report but are still “too important” to be simply dismissed.

Now the team plans to study more test samples in the coming weeks to get a better overall picture of the virus’s spread. The news comes as Sweden plans to drastically ramp up testing for the coronavirus.

The Nordic country refused to impose a strict nationwide lockdown to slow the spread of the coronavirus during the early stages of the outbreak, though social distancing was encouraged. Its total number of confirmed COVID-19 cases as well as the nationwide death toll linked to the disease has since been higher than in neighboring countries, leading to criticism of the government’s approach to tackling the epidemic.

To date, more than 15,300 people have been diagnosed with coronavirus in Sweden, with 1,765 deaths.