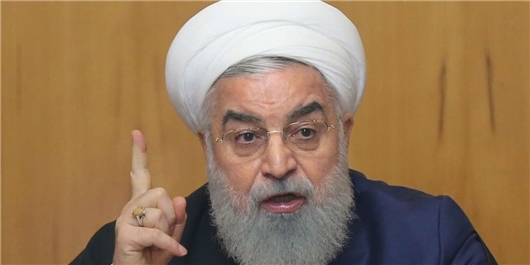 TEHRAN (FNA)- Iranian President Hassan Rouhani underlined the necessity for the international community to force Israel to return the Palestinian territories to their real owners.

The international community should take practical steps to bring Israeli atrocities and crimes against humanity to an end and force Israel to withdraw from the occupied territories of the Palestinians, Rouhani said, addressing a meeting of the specialized committees of the National Task Force for Fighting Coronavirus on Thursday.

He stressed the importance and necessity of keeping the International Quds Day alive, he said, "While this day is important in condemning the occupying regime and supporting the oppressed people of Palestine, observing health protocols are also essential”.

Rouhani described the role of the media more and more serious in this regard, and stated, "We must take steps to condemn the occupying Zionist Regime and support the oppressed people of Palestine by using various and more effective methods than in previous years."