Iran Warns against Consequences of US Provocation against Tankers 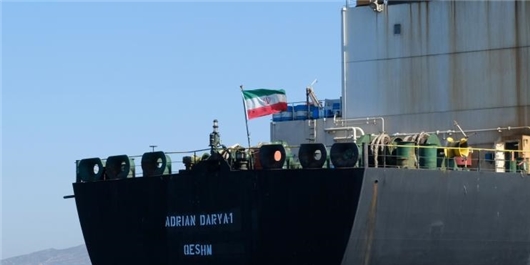 TEHRAN (FNA)- Iranian Foreign Minister Mohammad Javad Zarif sent a letter to UN Secretary-General Antonio Guterres to caution over likely US menace against Iranian oil tankers in the Caribbean, stressing that America would be responsible for ensuing consequences.

Furthermore, Deputy Foreign Minister Abbas Araghchi summoned Swiss ambassador, urging him to convey Iran's serious warning on any likely threats by the US against Iranian tankers.

He said any threat against Iranian oil tankers would be instantly responded with a decisive response by Iran, and that the US government would be responsible for all consequences.

The Swiss envoy also announced that he would immediately convey the matter to US officials.

On Sunday, Iranian Government Spokesman Ali Rabiyee blasted the US interference in trade exchange between Iran and Venezuela, and stressed that Iran will not hesitate to sell its oil.

“Iran and Venezuela are two sovereign states. Besides conducting trade and business activity with other countries, Iran has commercial exchanges with Venezuela, too,” Rabiyee said.

He pointed to some rumors spread in the recent weeks on the trade exchanges between Tehran and Caracas, and added, “Iran sells goods to Venezuela and buys goods in exchange. This trade is none of anybody’s business.”

The government spokesman further said, “We will not hesitate to sell our oil in global markets”.