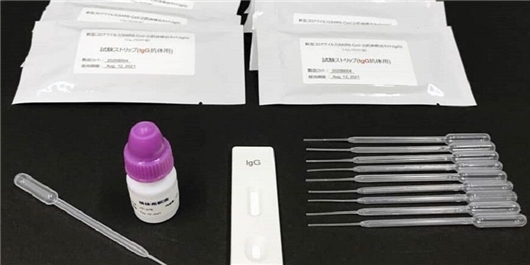 TEHRAN (FNA)- Vice President for Science and Technology Sorena Sattari said that Iranian knowledge-based firms have started manufacturing coronavirus test kits and eight countries have agreed to import such items from the country.

"Part of the mentioned figure is used inside the country and the rest is exported," he added.

In relevant remarks on May 10, Deputy head of the Iranian presidency’s office for scientific affairs Mehdi Qalenoyee said that Iranian firms are going to export serological test kits to eight more countries after a first successful cargo was sent to Germany earlier in the week.

Exports of diagnostic devices and equipment from Iran to other countries is a sign of success for home-grown efforts to fight the coronavirus.

Iran has been highly praised for its robust response to the disease as many governments and organizations keep castigating the US for its refusal to lift illegal sanctions to let the country access medical supplies and vital equipment needed to confront the virus.

The Iranian health ministry announced on Tuesday that 2,111 new cases of coronavirus infection have been identified in the country in the past 24 hours, noting that 7,119 patients have passed away so far.

“2,111 more patients infected with COVID-19 virus have been identified in the country since yesterday based on confirmed diagnosis criteria,” Health Ministry Spokesman Kianoush Jahanpour said on Tuesday.

He explained that 414 new patients were hospitalized and 1,687 others were outpatients.

Jahanpour noted that the number of coronavirus patients in the country has increased to 124,603 people.

He said that 7,119 people have lost their lives due to infection to the virus, including 62 in the past 24 hours.

Jahanpour, meantime, stated that 97,173 coronavirus patients have recovered and been discharged from hospitals, expressing concern that 2,698 patients infected with COVID-19 virus are in critical conditions.

He also noted that 716,176 coronavirus diagnosis tests have been carried out in the country so far.

Saeed Namaki stressed on April 7 effective measures to control coronavirus epidemic, expressing the hope that the disease would be controlled in Iran by late May.

The coronavirus COVID-19 is affecting approximately all countries and territories around the world. The virus was first reported in the central Chinese city of Wuhan late last year. It has so far killed more than 320,000 people and infected over 4.9 million others globally.