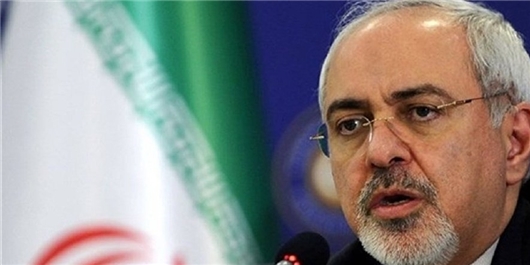 TEHRAN (FNA)- Iranian Foreign Minister Mohammad Javad Zarif underlined that despite all attempts by the US, Israel and their regional allies, the Palestinian issue will never be forgotten.

“The terrorist and fake regime of Israel has violated the most fundamental and basic rights of Palestinian people,” Zarif said.

In response to a question that some believe the issue of Palestine is an issue that is related to the Arab world and has nothing to do with the Islamic Republic of Iran, Zarif emphasized, “The policies of the Zionist regime are not the policies that are limited to a small area. Today, you can see that even in the United States, interests of the Zionist regime prevail over the interests of Americans themselves in many cases.”

He also said that the Zionist regime is a global problem that threatens the world with its nuclear bombs and Weapons of Mass Destruction [WMDs].

In relevant remarks on Wednesday, Iranian President Hassan Rouhani said that Palestinian people will embrace ultimate victory and their territories will be freed from occupation of Israel.

“Quds will not be forgotten. Quds will not remain under occupation of oppressors. The Palestinian lands will one day be liberated. We do not accept and tolerate this cruelty, oppression and aggression at all. We will commemorate the highly important Quds Day,” Rouhani said, addressing a cabinet meeting in Tehran.

President Rouhani underscored that the Iranian nation has always stood against the oppressors, adding that it is one of the principles of Islam.

His comments came as the Iranian parliament in its meeting on Monday unanimously approved the generalities of a bill to confront the hostile acts of the Zionist regime against peace and security.

“Based on the first article of the plan, all Iranian bodies are required to use the country’s regional and international capacities to confront the Zionist regime’s measures, specially its warmongering and terrorist moves, siege (of Gaza), settlement construction, displacing the Palestinian people and occupation of countries’ lands, including Golan,” Rapporteur of the parliament’s National Security and Foreign Policy Commission Seyed Hossein Naqavi Hosseini told FNA on Saturday.

It also requires the government to pave the ground for the establishment of a virtual embassy in Palestine.

“The foreign ministry is required to make necessary arrangements to form the Islamic Republic of Iran’s virtual embassy or consulate (in Palestine) and submit the results for approval to the cabinet,” one of the paragraphs of the bill said.

“The foreign ministry is required to adopt necessary measures (to this end) in consultations with other countries,” it added.