Palestine: The End of an Illusion 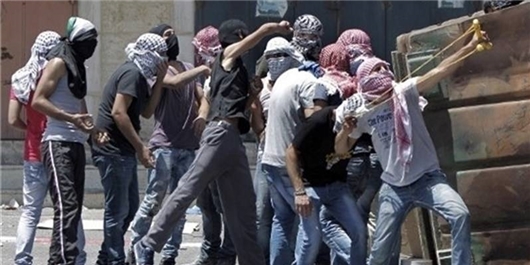 TEHRAN (FNA)- Palestinian President Mahmoud Abbas has finally realized that peace and compromise with Israel is an illusion, and that he needs to shift to resistance in support of other Palestinian movements that have correctly seen Intifada and resistance as the only way to defeat the Zionist regime.

As expected, he has declared an end to all illusive agreements with Israel and the United States in response to their plan to annex parts of the occupied West Bank.

Abbas says he intends not to abide by so-called security agreements and understandings signed between Tel Aviv and the Palestine Liberation Organization as well as cooperation with the United States.

The Palestinian president stressed that the move was in reaction to the Israeli regime’s plans to annex parts of the occupied West Bank and the Jordan Valley, which had been envisaged in President Donald Trump’s so-called Deal of the Century unveiled earlier this year.

We couldn’t agree more; as Israel is nothing without the much-needed US support in military, security, economic and diplomatic terms.

Under a new arrangement, Israel is receiving some $38 billion in US military aid. It's the biggest US military aid in history. And it comes as Israel continues to aggressively expand illegal settlements of the West Bank and slaughter civilians in Gaza.

All of this means that the United States government bears direct responsibility for the hideous brutality and oppression imposed by Israel on Palestinians through decades of terror and occupation.

What’s perhaps most shocking of all is how little attention or debate any of this receives at the United Nations. The world body endlessly pays lip service to how Palestinians are suffering under Israeli occupation while the US government transfers more and more billions of military aid to Israel.

Indeed, the US government is in many ways deeply complicit in Israeli war crimes, genocide and crimes against humanity. This complicity comes mainly through military and financial aid, which is the very essence of their unholy alliance; corporations, as the military aid is also a boon to the Military-Industrial Complex; and diplomatic support, which enables Israeli attacks across occupied Palestine by shielding it in diplomatic forums, including at the UN Security Council.

No wonder Israeli leaders and commanders continue to commit war crimes, genocide and crimes against humanity as defined in the Rome Statute for the International Criminal Court. What's more, US military aid has aided, abetted and assisted the commission of all these crimes and more by providing Israel with the military and financial means to commit them.

Sadly enough, all these war crimes and genocide charges are yet to be brought under the Genocide Convention, to which both Israel and the United States are parties. That convention is also yet to punish Washington’s complicity in genocide - its decision to provision more military aid and steal and occupy more Palestinian lands.

In the prevailing environment, the only way ahead for the long-suffering Palestinian people is armed resistance in both Gaza and the West Bank.

This justification for legitimate armed resistance has been specifically applied to the Palestinian struggle repeatedly. To quote General Assembly Resolution A/RES/3246 of 1974:

3. Reaffirms the legitimacy of the peoples’ struggle for liberation from colonial and foreign domination and alien subjugation by all available means, including armed struggle.

7. Strongly condemns all Governments which do not recognize the right to self-determination and independence of peoples under colonial and foreign domination and alien subjugation, notably the Palestinian people.

These two points - that people under colonial and foreign domination have the right to use armed struggle against their oppressors and that this specifically applies to the Palestinian people - have been repeatedly reaffirmed in a myriad of United Nations resolutions.

Under customary international law expressed in a myriad of United Nations resolutions, therefore, the time has finally come for the Palestinian people in both Gaza and the West Bank to join forces to militarily resist their occupation and subjugation by the Zionist regime of Israel and the United States.