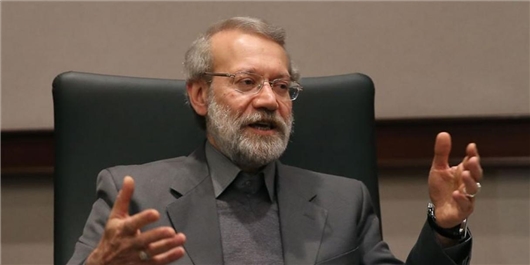 TEHRAN (FNA)- Former Iranian Parliament Speaker Ali Larijani said that annexation of the West Bank to Israel is part of the satanic scheme dubbed as ‘Deal of Century’, and that it will violate every right of the Palestinian nation.

Speaking in Qom on Thursday, he said that the so-called ‘Deal of the Century’ violates all rights of the Palestinians adding that European countries fail to resist the US dictates and most of the Arab regimes are the lackeys of the US in the issue of Palestine.

In relevant remarks on Wednesday, Iranian Foreign Minister Mohammad Javad Zarif underlined that despite all attempts by the US, Israel and their regional allies, the Palestinian issue will never be forgotten.