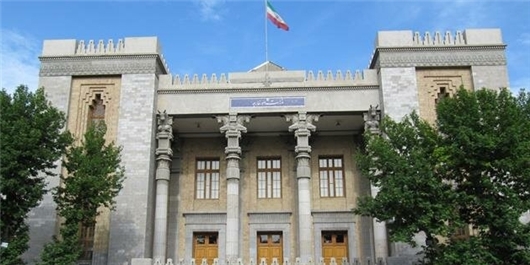 TEHRAN (FNA)- The Foreign Ministry likened the US sanctions on the Iranian nation to Iraq’s blind bombardments of Iran, and said the sanction-imposers will go to the same place where the Iraqi Baathist dictator Saddam Hussein went.

The Iranian foreign ministry made the remarks on the occasion of Khordad 3 (Saturday, May 23), the anniversary of the liberation of Khorramshahr in Southwestern Iran from the Iraqi Baathist regime Of Saddam Hussein.

"The resistance of the Iranian people led to the failure of the violation of international law and war crimes by Saddam's regime in the blind bombing of cities and killing of innocent people," the foreign ministry said.

The unilateral and oppressive sanctions of the US and some European countries against Iran, which include basic and even pharmaceutical and medical items, have caused many problems for the Iranian people, specially for COVID-19 patients.

The Iranian forces launched the Beit ol-Moqaddas Operation in April 1982 and liberated Khorramshahr on May 24 of the same year. In retaking the city, the Iranians captured some 19,000 soldiers from the Iraqi army.

The liberation of Khorramshahr changed the balance of power in the Iraqi-imposed war in favor of the Iranian forces and cast doubt on the ability of Saddam’s war machine, which had been receiving the full economic, military and intelligence support of more than 20 countries led by the US.