Former Envoy Calls for Forming Club to Contravene US Sanctions 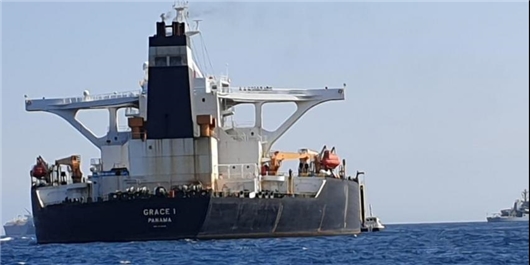 TEHRAN (FNA)- Former Iranian envoy to the Organization of the Petroleum Exporting Countries (OPEC) Mohammad Ali Khatibi said it seems vital for countries under the US embargo to unite and form a club to ease trade among themselves.

"The increase in the number of countries sanctioned by the US has made a better potential to find alternative solutions to supply demands," Khatibi told FNA.

He referred to a swap of goods for goods or for gold as a practical method of dealing among sanctioned countries, saying that "sanctioned countries can get united to form an organized cooperation system against the US sanctions."

"All the sanctioned companies of different countries can also join the club', he noted.

Iran's recent exports of gasoline to Venezuela can be an opportunity to form the 'sanctioned countries club', Khatibi added.

Iran and Venezuela have always had relations in oil and gas fields and have enjoyed close relations," he said referring to the time when Iran was in need of gasoline back in 2011 and Venezuela met its demand.

He stressed that under the coronavirus conditions Iran's domestic consumption of gasoline has decreased and it can export the extra amount to Venezuela.

Khatibi said it is Iran's legitimate right to export its gasoline to any applicant country via bilateral treaties.

"Freedom of trade and commutation of ships in international waters is Iran’s natural right and no country can violate it," he underlined.

Khatibi added that Iran's gasoline exports to Venezuela have questioned US sanctions.

The former OPEC official noted that Iran is now powerful enough to to give a harsh response to any likely aggression by enemies.

In relevant remarks on Friday, Chief of Staff of the Iranian Armed Forces Major General Mohammad Hossein Bagheri warned Washington of the dire repercussions of any hostile move against Iran's interests, vowing that Tehran would not hesitate to strike back in case it is targeted by the US.

Bagheri noted Iran’s right to free shipment in the high seas, and stressed that the armed forces are constantly monitoring every small move of the enemies, including the adventurous, terrorist and antihuman American army in the region and faraway lands.

"We stand firm and decided to give the US an appropriate response for any miscalculation against the national interests of Iran," the top commander stressed, in a stern warning to the US to avoid any hostile move aganst five Iranian tankers carrying fuel to Venezuela.

Venezuela's defense minister said Wednesday that planes and ships from the nation's armed forces will escort Iranian tankers arriving with fuel to the gasoline-starved country to prevent any US aggression.

He compared the fuel tankers to humanitarian aid that China and Russia have sent to help Venezuela combat the new coronavirus pandemic.

Meantime, Iranian Defense Minister Brigadier General Amir Hatami warned the US against any hostile move or trouble-making for the country’s oil tankers in international waters.

“Troubling the oil tankers is a violation of international laws and security. Both international organizations and countries which are sensitive to the laws and waterways’ security should certainly show reaction to such an act,” General Hatami told reporters after a cabinet meeting in Tehran on Wednesday.

Reuters had quoted a senior official in President Donald Trump’s administration as saying last Thursday that the United States is considering measures it could take in response to Iran’s shipment of fuel to Venezuela.

“...we’re looking at measures that can be taken,” the official added, speaking on condition of anonymity.

Informed sources told Nour News website, close to Iran’s Supreme National Security Council (SNSC), that the US has sent four of its combat warships along with Boeing P-8 Poseidon fighters to the Caribbean.

In response to the US threats, Iranian Foreign Minister Mohammad Javad Zarif sent a letter to UN Secretary-General Antonio Guterres to caution over likely US menace against Iranian oil tankers in the Caribbean, stressing that America would be responsible for ensuing consequences.

Araqchi called on the Swiss envoy to convey Iran's serious warning to the US officials against any likely threat posed by the US to Iran’s oil tankers.

He noted that Iran and Venezuela enjoy "completely legitimate and legal commercial ties," adding that the US resorting to bullying measures will be considered as a menace to "free shipping, international trade and the free flow of energy."

Such measures, the Iranian diplomat said, are flagrant examples of piracy and explicit violation of international laws and, as such, defy the goals and principles explicated in the UN Charter.

He also warned that any threat against the Iranian ships will ensue Iran's prompt and categorical reaction, and the US administration will be responsible for their consequences.

The Swiss envoy, for his part, said he will instantly convey Iran’s message to the US administration and inform the Iranian government of the results as soon as possible.

Also, the Iranian foreign ministry warned on Monday that any hostile act by Washington against the country’s oil tankers in the international waters will face a crushing response.

“What the Americans have said about our oil tankers is illegal and if they make a move, they will face Iran’s reaction,” Foreign Ministry Spokesman Seyed Abbas Mousavi told reporters via a video conference.

He noted that Iran has given the necessary advice to the Americans via the Swiss embassy, which represents the US interests in Tehran, and Foreign Minister Mohammad Javad Zarif has also written a letter to the UN chief in this regard, expressing the hope that Washington does not make any “stupid” move.

“Free trade among independent states is a legitimate issue. The US in Trump era is disturbing the global order and is after global anarchism,” Mousavi said.

Also on Monday, Iranian Government Spokesman Ali Rabiyee confirmed his country’s exports of gasoline to Venezuela, warning against any US hostile act against Iran’s tankers in the international waters.

“Iran has sent the gasoline tankers at the demand of Venezuelan government. No state is duty-bound to implement the US-desired sanctions,” Rabiyee told reporters in Tehran.

“It is still soon to speak about the reactions, but we consider all options and hope that the Americans will not make any mistake,” Rabiyee said.