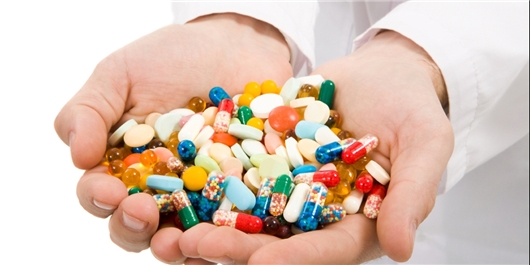 TEHRAN (FNA)- Head of Iran's Food and Drug Administration (IFDA) Mohammad Reza Shanehsaz said his country's researchers have pioneered in application of corticosteroids to treat coronavirus, noting that they have found the compound in the first days of the virus outbreak.

"There is yet no method in the world to cure coronavirus disease but the existing items in Iran which have all gone through clinical studies prove good results," Shanehsaz said.

"Corticosteroids are among our findings to cure the virus," he said.

Since the first weeks of the outbreak, the Iranians included a corticosteroid in medication regimen, which was effective in treating the virus, but many scientific communities abroad were surprised at this drug decision.

Shanesaz added that along with the global endeavor, Iran has been working on the production of coronavirus vaccine since the early days of the outbreak, and sometimes we even outpaced some countries in achievements.

The Iranian health ministry announced on Tuesday that 2,445 new cases of infection to COVID-19 virus have been diagnosed in the country in the past 24 hours, adding that nearly 170,000 patients infected with the virus have recovered so far.

"2,445 more patients infected with COVID-19 virus have been identified in the country in the past 24 hours based on confirmed diagnosis tests and 1,234 patients have been hospitalized," Iranian Health Ministry Spokeswoman Sima Sadat Lari said on Tuesday.

Sadat Lari expressed pleasure that 169,160 patients have recovered and been discharged from hospitals.

She said that 9,863 people have lost their lives due to infection to the virus, including 121 in the past 24 hours.

She added that 1,475,331 tests have been conducted in the country to diagnose patients suspected of infection to the COVID-19 virus.

The ministry’s spokeswoman, meantime, said that the number of people hospitalized in the past 24 hours in different cities of the country has decreased.

Iranian President Hassan Rouhani said earlier this month that over 1,000 medical centers in the country have received necessary equipment to conduct tests on people suspected of infection to coronavirus, and added that Iran ranks first in the Muslim world in scientific achievements.

The coronavirus COVID-19 is affecting approximately all countries and territories around the world. The virus was first reported in the central Chinese city of Wuhan late last year. It has so far killed more than 480,000 people and infected over 9.38 million others globally.