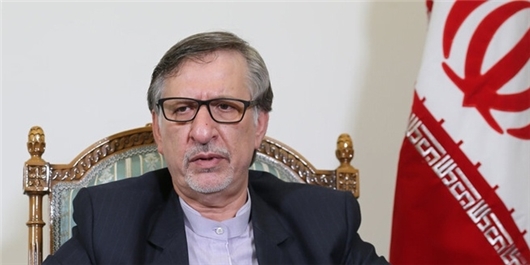 TEHRAN (FNA)- Senior Iranian foreign ministry officials announced on Monday that the country has prosecuted nearly 40 Americans involved in the assassination of General Qassem Soleimani and is now after identifying the drone operators that have conducted the terrorist attack.

"Our intelligence and security forces have identified nearly 40 Americans who have ordered, assisted and collaborated in the assassination, and a number of others, including the US drone operators (that have conducted the attack) are yet to be identified, which will be done soon," Deputy Foreign Minister Mohsen Baharvand said.

He added that the foreign ministry and the judiciary have coordinated their efforts to pursue the case more rapidly and identify the American and non-American individuals and parties involved in the assassination to start litigation against them.

Baharvand said that in addition to those involved in the crime, the US government and several countries whose territories have been used to assassinate General Soleimani should account for their actions that have been made in violation of the international laws.

"We will pursue the case at international bodies and organizations," he said.

Iran announced on Monday that it has issued arrest warrants for 36 officials of the US and other countries who have been involved in the assassination of the martyred Commander of the Islamic Revolution Guards Corps (IRGC) Quds Force, Lieutenant General Qassem Soleimani..