Senior Foreign Policy Chief: Iran Never to Give in to US Bullying 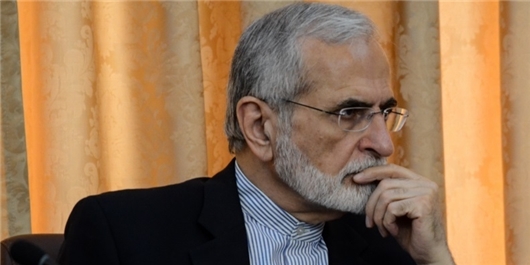 TEHRAN (FNA)- Chairman of Iran's Strategic Council on Foreign Relations Kamal Kharrazi blasted Washington for its continued hostilities towards Iran, and said that the Iranians have shown over the past 40 years that they would never surrender to the US bullying.

"The unilateral and misguided policies of the three European member states of the JCPOA, led by the US, to stop Iran's peaceful nuclear activities have always backfired, as Iran has been more determined to develop its nuclear technology," Kharrazi said.

He reiterated that the US push to extend Iran's arms embargo in the UN Security Council and the three European countries' anti-Iran move in the International Atomic Energy Agency, as well as the suspicious behavior of the IAEA director general will not only fail to deter Iran, but it will undoubtedly lead to the collapse of JCPOA as well.

"Now that International Atomic Energy Agency Director-General Rafael Grossi has met US Representative on Iran Brian Hook shows the extent of Mr. Grossi's dependence and his lack of independence," Kharrazi said, adding that the IAEA chief is recklessly coordinating his actions with the conspiracy center against Iran.

He underlined that the West should know that neither economic sanctions nor arms embargo will deter Iran from pursuing an independent strategic path.

"Iran has so far pursued its policy of self-sufficiency in the face of maximum Western pressure and has achieved undeniable successes in producing defensive weapons it needs," Kharrazi added.

In relevant remarks on Wednesday, Iranian Deputy Foreign Minister for Political Affairs Seyed Abbas Araqchi in reaction to a meeting between Grossi and Hook reminded the IAEA chief of the need for impartiality and professionalism.

Speaking in reaction to a photo op by Grossi and Hook, Araqchi addressed the IAEA chief and wrote on his twitter page on Wednesday that "you are better to keep both social distance and political distance".

He also reminded him of the two principles of impartiality and professionalism in the IAEA.

In relevant remarks last month, Iranian Government Spokesman Ali Rabiyee deplored the US and Israel for meddling in the International Atomic Energy Agency's affairs, saying that the IAEA should keep its independence.

“We warn that using political criteria in dealing with the tasks and rights of countries in the IAEA will result in nothing but the breakdown of trust and the growth of instability in the global arena,” Rabiyee told reporters in Tehran.

He also warned the IAEA Board of Governors against falling under Washington and Tel Aviv’s pressure.

Rabiyee criticized politicization of the International Atomic Energy Agency’s reports on Iran’s nuclear activities under the influence of the United States and the Israeli regime, reiterating that the Islamic Republic carries out a peaceful transparent nuclear program.

“We firmly emphasize that we are meeting all our international commitments, as confirmed by the 17 positive reports of IAEA in recent years, and we are carrying out most transparent activities,” he said.

Rabiyee said that the Islamic Republic of Iran has given the highest level of access that a country can give to the IAEA, adding, “We have always been prepared to provide the Agency with the necessary access to (to our facilities) in accordance with previous valid agreements and international regulations.”

He noted that Iran will continue its measures according to the same routine and requirements, calling on the IAEA to set its requests within the framework of the body’s statutes.

Rabiyee lambasted politicization of the international bodies’ reports over Tehran’s nuclear activities, saying, “We expect the members of the IAEA’s Board of Governors to support the independence of this international body against the US’ bullying."