‘Good on Rhetoric, Not on Governance’: Labour Leader Says Coronavirus Inquiry into UK PM Is ‘Inevitable’ 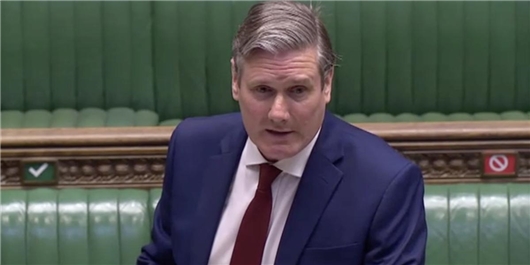 Starmer’s Friday morning remarks come as no surprise as the UK has recorded some 285,000 cases of coronavirus infection and over 44,000 deaths from COVID-19, according to the Johns Hopkins University tally, RT reported.

Since the pandemic began, Johnson’s government has faced fierce criticism from many quarters for a haphazard and scattershot response to the crisis.

“I think an inquiry is inevitable,” Starmer said on Friday, adding, “There will be an inquiry in due course.”

However, when pressed as to the timing of any potential inquiry, Starmer parried, saying, “At the moment, I think it is important that we focus on the job in hand.”

Sticking the rhetorical knife in even further, Starmer claimed that Johnson himself was all talk and no action.

“He’s not led us through this crisis in the right way,” Starmer said, adding, “He is good on the rhetoric but he is not good on governing.”

Meanwhile, fears are mounting that a dreaded second wave of coronavirus infection may already be underway, as up to 36 regions across England are considering localized lockdowns amid rising case numbers, just as restrictions are being lifted, according to sources within Public Health England (PHE) and the Department for Health.