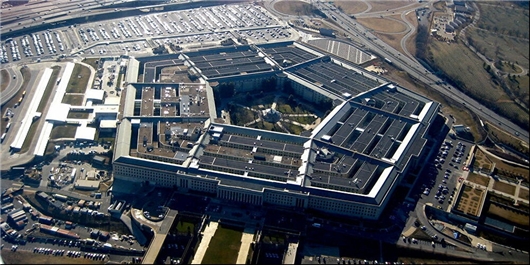 TEHRAN (FNA)- The American magazine Foreign Policy quoted unnamed sources as saying that as of next week, White House staffers will start interviewing political appointees at the US Department of Defense.

Washington called the upcoming 30-minute interviews “an opportunity for each appointee to discuss their career and interests for 2021 and beyond”, according to a White House email, seen by the magazine.

Chief Pentagon Spokesperson Jonathan Rath Hoffman, for his part, told Foreign Policy that “these meetings were set up by DoD so that our political appointees could discuss second-term opportunities at the Department and throughout the administration”.

The sources, in turn, said that senior Pentagon officials, including Defence Secretary Mark Esper, would not take part in the interviews which will most likely be used in order to root out those DoD officials who are not perceived as “sufficiently loyal” to President Donald Trump.

“I think the assumption is correct—aligned with Trump or you’re out,” one of the sources was cited by Foreign Policy as saying.

The remarks echoed those by former Pentagon Policy Chief Eric Edelman, who told the magazine that in his “30 years in government” he was “unaware of anything quite like this”, in an apparent nod to the interviews.

Ex-Pentagon official Jim Townsend, for his part, argued that “it’s fair that you want to do an evaluation of the appointees and current roles” but that he had “never heard of anyone doing a political litmus test between one term and the next”, something that Townsend noted is “very odd”.

“What this White House personnel office is looking for is not people who are good for the job with the right expertise but complete loyalists […] regardless of whether they’re fit for the job,” he asserted.

The news of the forthcoming interviews comes after recent resignations by DoD officials who were seen as disloyal to Trump, among them Kathryn Wheelbarger, who served as Assistant Secretary of Defense for International Security Affairs.

They also included Deputy Under Secretary of Defence (Comptroller) Elaine McCusker, who stepped down after she raised concerns about the legality of the Ukraine military aid being held up by the Trump administration, an issue that finally prompted impeachment proceedings against President Trump last year.

In late December 2018, then-Defense Secretary Jim Mattis moved to stand down, citing in a resignation letter, that Trump needed to find a Pentagon chief whose views were more aligned with those of POTUS.