UK: Hundreds of Royal Staff 'Being Axed with Up to 250 Offered Voluntary Redundancy' After Coronavirus Hits Tourism Income 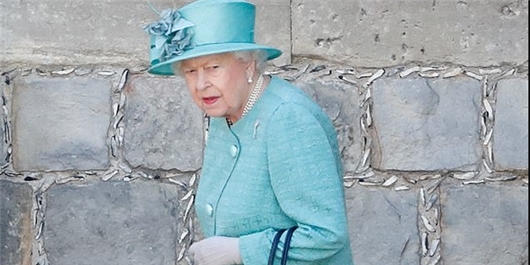 TEHRAN (FNA)- Up to 250 royal staff could lose their jobs this month as the Queen's finances continue to feel the impact of coronavirus crisis, it has been reported.

The amount of money the Royal Family bring in for tourism has gone down this year due to the global pandemic, Daily Mail reported.

And even though some royal sites will open during the summer months, the number of 2020 visitors is still set to be lower than other years.

This is likely to lead to a scaling down of operations within the Royal Household over the coming months.

And The Sun reports that between 175 and 250 royal staff will be initially offered voluntary redundancies to make up for the lack of money coming in from royal tourism.

The same report also states that there are doubts over whether the Queen Elizabeth II will ever return to Buckingham Palace, which is likely to remain closed until 2021.

Vice Admiral Tony Johnstone-Burt, master of the household, announced in a statement, "We may not be fully operational across all of our various activities until 2021."

"As a result we have had to start considering some very difficult decisions," he added.

Furthermore, the Royal Collection Trust has deferred its annual fee to the Royal Household as there is no income from tourism.

It is therefore predicted that the Trust is set to lose £30million by the end of the 2020/21 period due to the virus.

As a result, the Trust will also offer voluntary redundancies to up to 650 staff, including caterers, office staff and wardens, with their wages paid in full.

"The closure to the public has had a very significant and serious impact on our finances, as we are entirely funded by visitor income from admissions and related retail sales," the Spokesperson added.

Royal residences Windsor Castle and Buckingham Palace have been closed for 15 weeks during the lockdown period, though the former is expected to open when the Queen travels up to Balmoral Castle in Scotland.

Buckingham Palace could open at a similar time, with a reduction of exhibitions during the summer months.

A spokesperson said, "Although we hope to reopen the Palaces and Galleries to the public in late July, visitor numbers are expected to be significantly below their usual levels."

"We believe that, for the foreseeable future, lower visitor numbers can be accommodated within a five-day-week opening at all sites, with Tuesday and Wednesday as our closed days, but we will keep this arrangement under review," according to the spokesperson.

"Looking ahead, we believe that the longer-term impact of COVID-19 on tourism means we have to plan ahead to ensure we are well placed to survive in the coming years," the spokesperson added.