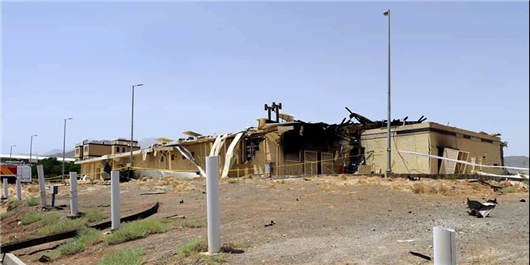 TEHRAN (FNA)- Spokesman of the Atomic Energy Organization of Iran (AEOI) Behrouz Kamalvandi said that his country will show a smart reaction to the recent blast at Natanz nuclear facility if it is proven that foreigners were involved in the incident.

“There is no doubt that the honorable Iran will adopt its measures based on the country’s interests. The strategic and inviolable policy of the Islamic Republic in different cases and positions is a smart and wise reaction based on the three principles of honor, wisdom and expediency,” Kamalvandi wrote in the Persian-language Etemad newspaper on Monday.

Last week, Spokesman of Iran’s Supreme National Security Council (SNSC) Keyvan Khosravi said that the cause of the incident at Natanz nuclear facility has been found, but will not be declared now for security reasons.

Also, Foreign Ministry Spokesman Seyed Abbas Mousavi said on Friday that Tehran would show severe reaction if it is proven that foreigners were involved in the incident.

“It is still too early to make any judgment on the main cause of the blast [in Natanz], and relevant security bodies are probing into every detail of the incident,” Mousavi said.

If Iran concludes that foreign elements were involved, it will be announced, and there will be repercussions, he added.

Mousavi pointed to the media hype over Israel’s role in the blast, and said such reports are aimed at portraying the “hollow” Israeli regime as powerful.