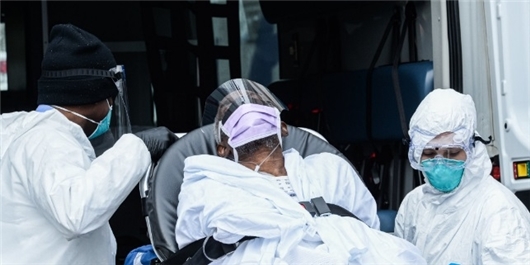 TEHRAN (FNA)- The latest modeling projects the number of coronavirus deaths in the US to increase further, even as one research team suggests the near-universal use of masks could save 40,000 lives between now and November.

The figures were published by the University of Massachusetts Amherst's Reich lab on behalf of the Centers for Disease Control and Prevention (CDC).

California, Florida and Texas, the three most populous states in the country, will see one thousand more deaths over the next four weeks compared to the previous four, Professor Nicholas Reich stated.

Another, by independent modeler Youyang Gu, in New York, predicts 227,000 deaths by November 1.

According to the IHME group, more Americans are wearing masks, and fewer are leaving their homes.

The model has access to GPS data through commercial partners.

"If 95 percent of Americans wore masks when leaving their homes, that number (of deaths) would drop by more than 40,000," the research center announced.