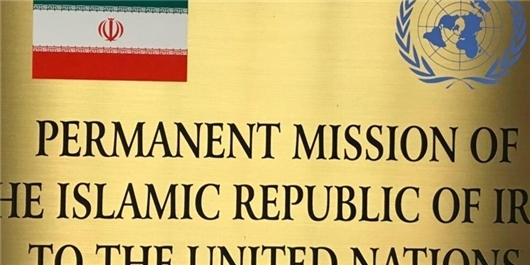 TEHRAN (FNA)- Spokesman of Iran’s UN Mission vehemently denounced a Bloomberg piece that extols assassination of Iran’s nuclear scientists and persuades sabotage in the country’s infrastructure, and warned that such ‘barbaric’ moves can kindle an all-out escalation of violence and terrorism.

Spokesman for Iran’s UN Mission Alireza Miryousefi responded to a Bloomberg opinion column written by Eli Lake titled, “Sabotage in Iran Is Preferable to a Deal with Iran”.

In his response, Miryousefi said the column is “one that, against all journalistic standards, encourages violence, terror and sabotage, and makes a number of factual errors and assumptions.”

“Praising the illegal assassination of nuclear scientists and encouraging sabotage in Iran’s infrastructures amounts to what are inhumane, barbaric acts that promote violence and terrorism. Such measures do nothing less than keeping tensions high, and could ignite a full range escalation,” he noted.

Lake’s article argued that recent incidents in Iran, including the one at Natanz nuclear facility, showed that there were better ways to frustrate what it called the “nuclear ambitions” of the Islamic Republic. 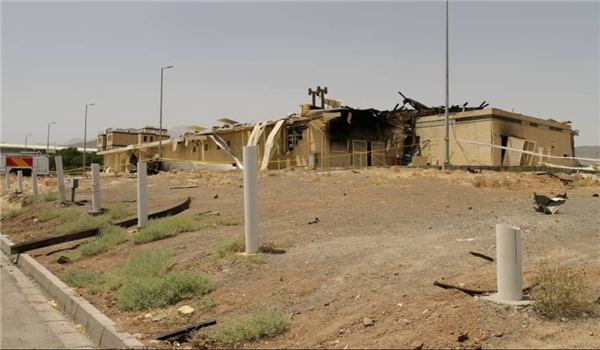 The Bloomberg article further claimed that one of the recent incidents in Iran seems to have targeted “an underground research facility for chemical weapons.”

Iran’s UN Mission spokesman refuted the claim, saying the country has been “the biggest victim of chemical weapons in contemporary history” conducted by the Iraqi dictator Saddam with “the shameful aid of Western countries”.

“Iran has no program or plans to produce chemical weapons, and the claim made in the opinion piece is not just bizarre, but completely fallacious,” he emphasized.

Lake, born in Philadelphia to a Jewish family, is a columnist for the Bloomberg View. He is known for his controversial articles about security issues. His critics say his past sources lacked credibility, "used to manipulate the discourse on national security".

In relevant remarks on July 13, Spokesman of the Atomic Energy Organization of Iran (AEOI) Behrouz Kamalvandi said that his country will show a smart reaction to the recent blast at Natanz nuclear facility if it is proven that foreigners were involved in the incident.

“There is no doubt that the honorable Iran will adopt its measures based on the country’s interests. The strategic and inviolable policy of the Islamic Republic in different cases and positions is a smart and wise reaction based on the three principles of honor, wisdom and expediency,” Kamalvandi wrote in the Persian-language Etemad newspaper on Monday July 13.

Earlier, Spokesman of Iran’s Supreme National Security Council (SNSC) Keyvan Khosravi said that the cause of the incident at Natanz nuclear facility has been found, but will not be declared now for security reasons.

Also, Foreign Ministry Spokesman Seyed Abbas Mousavi had said that Tehran would show severe reaction if it is proven that foreigners were involved in the incident.

“It is still too early to make any judgment on the main cause of the blast [in Natanz], and relevant security bodies are probing into every detail of the incident,” Mousavi said.

If Iran concludes that foreign elements were involved, it will be announced, and there will be repercussions, he added.

Mousavi pointed to the media hype over Israel’s role in the blast, and said such reports are aimed at portraying the “hollow” Israeli regime as powerful.