Study Warns: 1.3 Billion Tonnes of Plastic to Pollute Environment by 2040 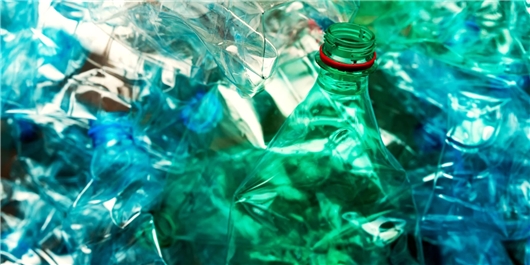 TEHRAN (FNA)- With its production continuing to increase at an exponential rate, our problem with plastic pollution is showing no sign of slowing down. A new study mapping mapping the movement of plastic waste has outlined just how drastic the situation might become, projecting that 1.3 billion tonnes of plastic will be dumped on land and in the oceans by 2040 unless some significant steps are taken to address the trend.

For use in everything from toothbrushes to shopping bags, we produce around 300 million tonnes of plastic globally each year, only around 10 percent of which is recycled. Millions of tonnes of that wash into the oceans and breaks down into small, difficult-to-track fragments, while much of it heads to landfill or simply becomes litter.

Some experts expect our plastic production to double as often as every 11 years, and it follows that greater amounts of this material will place ever greater strain on the environment. A team made up of 17 global experts and led by the University of Leeds’ Costas Velis created a computer model of what happens when all this plastic waste is mismanaged.

This involved mapping out the effects of six scenarios in which we intervene in different ways, including, for example, reducing the amount of plastic being produced, using alternative materials, scaling up recycling capacity, and boosting plastic collection systems. This was compared to a “business as usual” model as a baseline.

"Unless the world acts, we estimate more than 1.3 billion tonnes of plastic pollution will end up on land or in water bodies by 2040,” says Velis. “Enormous as that figure is, it could be even bigger if it were not for the fact that a vast quantity of waste is openly burned – but that burning also carries a major environmental cost.”

That environmental cost comes in the form of toxic fumes arising from openly burned plastics, as opposed to those burned in facilities.

"Modern incinerators with air pollution control technology, emit very few hazardous substances,” says study author Ed Cook, from the University of Leeds. “But with open burning, the combustion is often incomplete, and all sorts of potentially toxic emissions are released, which can result in a range of negative health outcomes. Those obnoxious substances are being breathed in by people who are working with waste and also in the communities that live nearby. Burning is a double-edged sword. It reduces the amount of plastic that could eventually end up in the seas and on land but it also poses many other environmental problems, including a significant contribution to global warming."

The scientists lay out a number of strategies through which humanity can tackle this problem, starting with improving waste collection services. With around two billion people in the world without access to such services, a number that is expected to balloon to four billion people by 2040, giving these people a proper means to dispose of their plastics could put a huge dent in the problem.

“In the absence of collection services, people have to make difficult choices about how to manage the waste themselves by openly burning it, dumping it on land, or putting it directly into rivers and coastal waters,” says Velis. “Our modeling shows that every additional tonne of plastic collected reduces pollution of the aquatic environment by 0.18 tonnes. Waste collection is indeed the most effective way to prevent pollution. So at the heart of any effective solution should lie the provision of solid waste management services and infrastructure to all, a key target of the UN Sustainable Development Goal 11."

Other tactics put forward by the team include addressing growth in plastic production and consumption, substituting plastics for paper and compostable materials, and giving more emphasis to recycling when designing products and packaging from the outset.

"The interventions explored here are all achievable using existing and already mature technologies,” says Cook. “The suite of approaches we've proposed is already within our capability – but it requires the political, societal and corporate will in order to achieve it. There is not one single solution. We can't simply say we're going to recycle everything or use less material, we need to take a holistic approach and look at the whole system.”