US War on Islam Is Far From Over 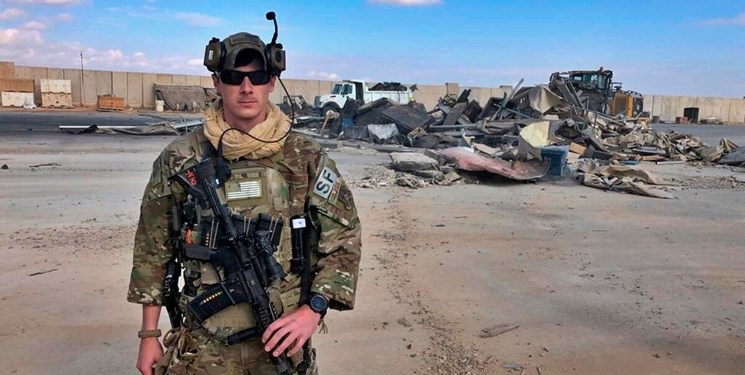 TEHRAN (FNA)- Supreme Leader of the Islamic Revolution Ayatollah Seyed Ali Khamenei couldn’t be more accurate when he said on Wednesday that American forces’ deployment in West Asia harms the regional nations and is the cause of destruction and underdevelopment of the countries.

The Leader was also right to call for unity among the Muslim nations against the criminal acts of the US and Israeli regime, stressing the need to assist Palestine, Yemen and all the oppressed Muslims in the world.

This is because US President Donald Trump and the Pentagon regime refuse to press the pause button on their narcissistic instincts and anti-Muslim policies. Quite the contrary, they use false claims to import some of their most odious ideas into the mainstream.

In our summer of coronavirus pandemic, the Trumpsters have also turned their incendiary anti-Muslim, populist agenda over to the hands of professional war criminals and full-on military butchers at the Pentagon, where policy aspirations are ground up into imperialist atrocity. Together, they are expanding the military and their anti-Muslim agenda in breach of international law.

Curiously enough, Trump has also escalated the ongoing war on Islam through his Muslim travel ban and injecting hundreds of billions of dollars more into military spending just recently on the pretext of fighting terrorism, which has already been declared a show by the international civil society.

Moreover, Trump stands atop a giant nuclear stockpile with the capacity to blow the world up many times over just for US global hegemony. This is without even referring to any purportedly legitimate war aims or justifications in places like Syria and Yemen.

However, that hasn’t stopped the Pentagon regime from quietly deploying special forces units across the region, particularly in Syria and Yemen, and in several nations around Northern Africa, moves seen as a prelude to an escalation in the war on Islam.

To this end, the Pentagon regime claims the Trump administration is more interested in using special operations’ forces, and that they are particularly interested in attacking Al-Qaeda in the Arabian Peninsula and ISIL in Syria (America’s own creations), claiming the lack of functioning governments there justifies US military occupations - and operations.

Troops around the horn of Africa and elsewhere across the continent’s north have also been deployed, and we all know what they have been doing all this time: Butchering civilian populations and unravelling nation states.

There are no serious concern and mourning for civilians killed by the Trumpsters. For the war criminals, those “collateral damage” dead are mere “bug-splat” on the windows of American Humvees of endless wars, mass murders, and destructions.

This is how in collaboration with Israelis, Saudis and the mere extras, the Pentagon regime is deliberately unraveling Iraq, Syria and Yemen; supporting the growth of terror outfits; coordinating closely with proxies, including providing intelligence and logistical support; saving Saudi oil and protecting Israel; trying to reinstate puppet regimes; not limiting the war to the targeted nations; igniting regional instability; and bringing other nations directly into the escalating conflicts - with disastrous consequences for themselves, Muslim nations, and even Western allies.

In light of this increased militarism and anti-Muslim agenda, the people of Iraq, Syria, Yemen and the broader region have every right to resist and despise the American aggressors with all their might. Their elected governments are also at work. People are the ones that will determine their own fate – not career war criminals and certainly not full-on military butchers.