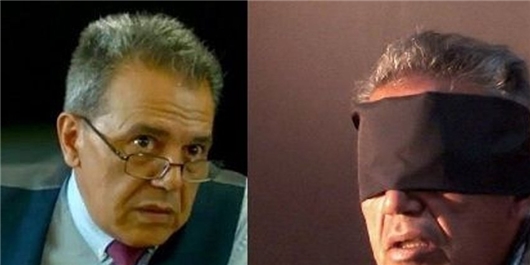 TEHRAN (FNA)- Lawmaker Ebrahim Rezayee said recent arrest of the US-based terrorist group ringleader Jamshid Sharmahd by Iran was a proof of might and superiority of the country’s intelligence and security apparatus, adding that the Western media outlets have kept silent as they are shocked by this master stroke.

Rezayee, who is a member of the Iranian Parliament's National Security and Foreign Policy Commission, said on Monday that arresting Sharmahd has exposed the fact that Iran’s security and intelligence apparatus has gone from strength to strength and is able to nip in the bud any plot, and slammed at Western media for failing to cover this great feat of Iran’s security apparatus.

“Jamshid Sharmahd, who was arrested by the security forces, lived in the US enjoying the White House’s support, he said, noting that, just in one of the terrorist operations, he and the members of his grouplet martyred 14 of our compatriots in a brutal terrorist act in Shiraz.

The issue of human rights among American politicians is a joke and the US has become a safe haven for terrorists whose hands are stained with the blood of innocent people, the parliamentarian added.

Rezayee went on to say that this arrest has surely dealt a crushing blow to other forces affiliated with foreign security services, as their complicit agents will fall into the intelligence net of the Iranian security forces.