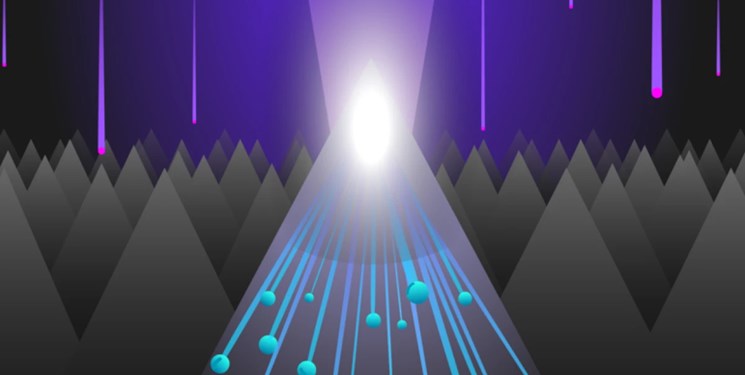 TEHRAN (FNA)- Researchers at Aalto University have developed a photovoltaic device that has an external quantum efficiency of 132 percent. This impossible-sounding feat was achieved using nanostructured black silicon, and could represent a major breakthrough for solar cells and other photodetectors.

If a hypothetical photovoltaic device has an external quantum efficiency of 100 percent, that means that every photon of light that strikes it generates one electron, which exits through the circuit and is harvested as electricity.

This new device is the first to not only reach 100-percent efficiency, but exceed it. At 132 percent, that means you get on average 1.32 electrons for every photon. It was made using black silicon as the active material, with nanostructures shaped like cones and columns, absorbing UV light.

Obviously you can’t have 0.32 of an electron, but put another way you have a 32-percent chance of generating two electrons from a single photon. On the surface it might sound impossible – after all, physics dictates that energy can’t be created from nothing. So where are these extra electrons coming from?

It all comes down to how photovoltaic materials work in general. When a photon of incoming light strikes the active material – usually silicon – it knocks an electron out of one of its atoms. But under certain circumstances, one high-energy photon could bump two electrons out, without violating any laws of physics.

It goes without saying that tapping into that phenomenon could be extremely helpful for improving the design of solar cells. In many photovoltaic materials efficiency is lost in several ways, including photons being reflected away from the device, or electrons recombining with the “hole” they left in the atom before they can be collected by the circuit.

But the Aalto team says it’s largely removed these barriers. Black silicon absorbs far more photons than other materials, and the cone and column nanostructures reduce electron recombination at the surface of the material.

Together, these advances made for a device with 130-percent external quantum efficiency. The team even had these results independently verified by the German National Metrology Institute, Physikalisch-Technische Bundesanstalt (PTB).

The researchers say that this record efficiency could improve the performance of basically any photodetector, including solar cells and other light sensors, and that the new detectors are already being manufactured for commercial use.