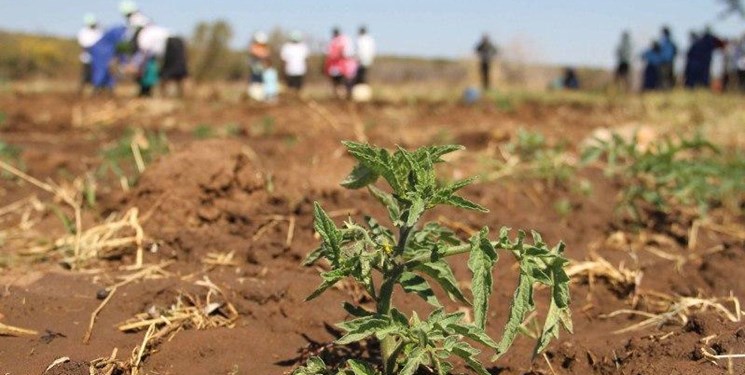 The Food and Agriculture Organization of the United Nations (FAO) organised a three-day workshop to equip Iranian experts with operational knowledge and skills required to establish a country-level Agricultural Stress Index System (ASIS).

“ASIS can monitor the crop-specific areas during the crop cycle, detecting water stress and forecasting drought – that can produce a production reduction – two months ahead,” said Oscar Rojas, FAO Natural Resources Officer who led this three-day workshop held for the Iranian experts.

Initially developed by FAO-HQ covering all around the world, the country-specific version of ASIS once calibrated with field data – including land-use maps, sowing dates, crop cycle duration and crop coefficients – it will detect periods of water stress in crops and forecast crop yields more accurately.

“The tool simplifies the results in the form of easy-to-interpret maps enabling decision-makers at national and local levels to implement drought mitigation activities in agriculture, including the payment of parametric crop insurances and the provision of social protection schemes, on a timely basis. These results are also useful for guiding public investments such as water harvesting, irrigation, and water reserves,” added Rojas.

In this endeavour, and as part of “Integrated Programme for Sustainable Water Resources Management in the Urmia Lake Basin” project jointly implemented by FAO and Urmia Lake Restoration Program (ULRP) and funded by the Embassy of Japan, the Organization supports Iranian authorities to establish country-level ASIS. “ASIS can assist in close monitoring of the agricultural stress within the Urmia Lake basin in order to manage the impact of those stresses on water resources management. Moreover, adding a probabilistic forecast to the ASIS which is going to be implemented within the extension of the ULRP-FAO project would be a proper tool for decision-makers,” said Behdad Chehrenegar, the Head of Research Division of ULRP.

In this respect, “National Drought Warning and Monitoring Center (NDWMC) which is affiliated to Iran Meteorological Organization, is nominated as the national counterpart to have access to the decadal update of ASIS indicators. NDWMC will calibrate the indicators in the Urmia Lake basin in the first phase and then develop the outcome to the whole country,” added Chehrenegar.

According to Chehrengar, “NDWMC has the technical capacity for establishing an automated process of calculating the ASIS indicators. However, NDWMC requires specific assistant from FAO experts on the calibration of ASIS indicators.”

FAO is the lead UN agency dedicated to increasing the resilience of agricultural livelihoods and food systems and supports its member countries in their efforts to develop and establish agricultural early warning early action systems.