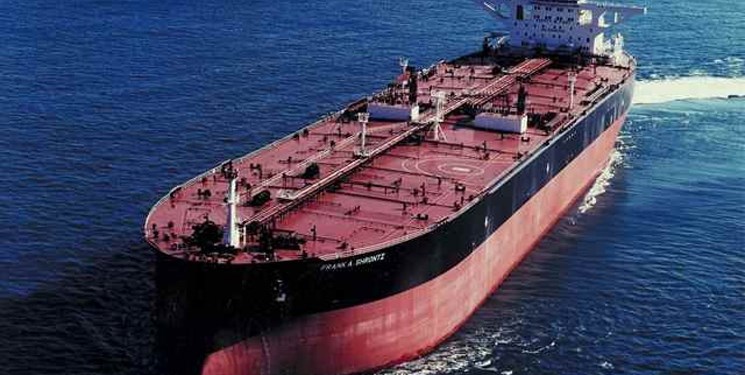 TEHRAN (FNA)- President's Chief of Staff Mahmoud Vaezi dismissed the US officials’ claim about seizing four Iranian tankers and fuel cargos, stressing that neither the cargos nor the ships belonged to Iran.

“Neither the ships nor their flags belong to Iran,” Vaezi told reporters after a cabinet meeting in Tehran on Wednesday.

The Wall Street Journal had claimed in a report on Friday that the Trump administration has for the first time confiscated cargo in vessels allegedly loaded with Iran fuel in violation of sanctions.

It quoted US unnamed US officials as saying that the four ships, Luna, Pandi, Bering and Bella, were seized on the high seas in recent days and are now en route to Houston, Texas.

Later, several US officials, including President Donald Trump, repeated the claim, alleging that the cargo belonged to Iran and was en route to Venezuela.

Zangeneh said on Tuesday that Washington’s claim over seizing 4 Iranian Venezuela-bound tankers is ridiculous since neither the ships nor the cargoes belonged to Iran, adding that the cargos had been delivered to Venezuela on international trade scheme of Freight on Board of the ships (FOB) at sea.

The United States is trying to make a victory for itself, he noted.

“United States has, in fact, seized Venezuela's assets not Iran's,” the minister underlined.

Immediately after the WSJ report, Iranian envoy in Venezuela Hojjat Soltani strongly rejected a Wall Street Journal report claiming that the US has seized four Iranian tankers, while another official in similar remarks said neither the ship nor the cargo belong to Iran.

“Another lie and psychological war from the Imperialist propaganda apparatus of the US,” wrote Soltani on his Twitter account on Friday, adding, “Neither are the tankers Iranian nor do their owner or flags have anything to do with Iran.”

Meantime, a Supreme National Security Council (SNSC) official also denied the report, saying, "Neither the ships nor their crude or fuel cargos were Iranian".

He described the media hype an effort aimed at propaganda "to generate unreal power for the US", and stressed, "As frequently declared, the Islamic Republic will reciprocate any hostile action taken to contain its legal rights, and has not allowed any country to take any such (hostile) action so far."

President Maduro appreciated Iran, China, Russia and Cuba for their assistance to Caracas, describing them as the real friends of his country.

"Humanitarian aid is coming from China, Russia, Iran and Cuba. They are (Venezuela’s) true friends," Maduro said in a speech broadcast by the state TV.

He recalled that the US was offering $20 million worth of help, "but not a single dollar came through".

Secretary of Iran's Supreme National Security Council (SNSC) Rear Admiral Ali Shamkhani then noted his country's aid to Venezuela, and said the fools who were after besieging Tehran now feel overpowered by Tehran.

“Iranian tankers, having accomplished their mission successfully, are coming back to the country. This means that the strategy of active resistance has been efficient and the idiots who were seeking to lay siege on us, have now been trapped in the siege stemming from Iran’s might,” Shamkhani wrote on his Twitter account.

“Trump and Hook's begging for negotiation testifies to this very claim,” the top security official said.

A US official said in May that President Donald Trump’s administration was considering responses, prompting Tehran to warn of retaliatory measures if Washington causes any problem for the tankers.

In response, President Rouhani said his country is always entitled to defend its sovereignty and territorial integrity, and warned that if his country's oil tankers in the Caribbean or anywhere in the world get into trouble by the Americans, Tehran will definitely retaliate.

“Although some of the US measures have created unacceptable conditions in different parts of the world, we will not be the initiator of tension and clash,” Rouhani said in a phone call with the Qatari Emir, Sheikh Tamim bin Hamad Al Thani in May.

He made it clear, “As before, we stress that the security of our region, particularly the marine security, is maintained by the regional countries and we have always announced that we are ready for cooperation with the neighboring countries."

Caracas announced in May that the fuel-hungry Latin American country is mulling imports of more gasoline and other oil products from Iran.

The announcement came after Venezuela received five shipments of fuel from Iran in the face of US sanctions.

“Tehran yesterday offered to supply Venezuela with more gasoline and refinery additives. President Maduro very likely will accept the offer because we need the fuel,” an official at Maduro’s office was quoted by price reporting agency Argus Media.

Other officials said the government will ask Iran for further supplies in coming weeks to give state-run oil company PDVSA more time to revive part of its refining capacity.

Maduro said he would visit Iran once health conditions resulting from the new coronavirus outbreak permit in order to thank the Iranian government and sign a “high-level bilateral agreement strengthening energy, financial and military ties”.

“I am obliged to go to personally thank the people,” Maduro said in a state television address, without providing a date for the visit.