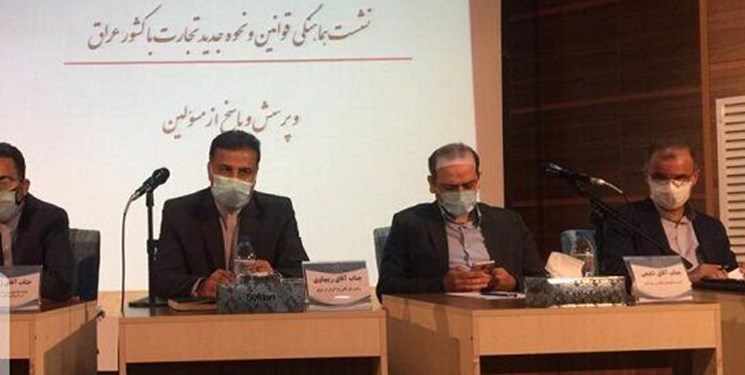 TEHRAN (FNA)- A senior Iranian diplomat stressed the necessity for the further expansion of economic relations and joint investment with Iraq.

Many Iranian companies have invested in Iraq and have no problem, he added.

Rabihavi called for changing Iran’s exports strategy in order to attend Iraqi market and to compete with exporters to Iraq.

In relevant remarks earlier this month, President Hassan Rouhani said Iran is intent to develop relations with Iraq, and stressed the need for implementation of the already inked agreements with the neighboring country.

Rouhani made the remarks in a phone call with his Iraqi counterpart Barham Salih, and underlined the necessity of accelerating finalization of treaties and contracts that have already been concluded between Tehran and Baghdad.

The Iranian and Iraqi nations have enjoyed deep bond throughout the history and it becomes more manifested on such occasions like Eid al-Adha, he said expressed hope that after the containment of coronavirus, both countries will broaden ties and cooperation.

President Rouhani described the recent visit by Iraqi Prime Minister Mustafa al-Kadhimi as an opportunity to review the issues of mutual interest.

President Barham Salih, for his part, said that the great Eid al-Adha feast manifests unity among Muslims, adding, “We hope the unity and cooperation among regional countries would further develop given the current conditions of the world and spread of coronavirus."