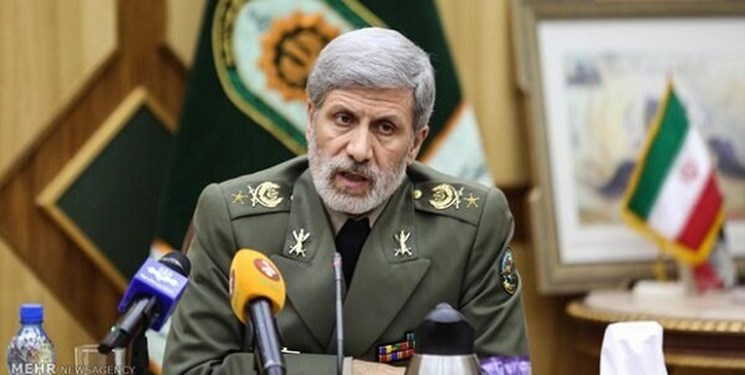 TEHRAN (FNA)- Iranian Defense Minister Brigadier General Amir Hatami is slated to visit Moscow on Saturday to hold important meetings with the Russian officials in a bid to open a new chapter in military cooperation between the two countries, Iran's ambassador to Moscow said.

“The Islamic Republic of Iran’s defense minister will depart for Moscow today. He will have important meetings with the high-ranking Russian military officials, including his counterpart,” Kazzem Jalali said on Saturday.

Jalali referred to Russia’s no vote to the recent resolution proposed by Washington against Iran, and said Moscow showed its opposition to the US illegal acts and baseless efforts to revive the UN Security Council resolutions.

General Hatami will head a high-ranking defense and military delegation in his trip to Russia.

During the visit, he is due to hold talks with the Russian Minister of Defense Sergei Shoigu as well as other senior officials.

The visit is of paramount importance as international arms embargos on Tehran are to be removed in less than two months as part of the merits enshrined under the nuclear deal for Iran.

Meanwhile, the US has stepped up attempts to extend the UN arms ban on Iran that is set to expire as part of the Joint Comprehensive Plan of Action (JCPOA), which has been endorsed by Security Council Resolution 2231.

The United Nations Security Council resoundingly rejected last Friday the second US bid to extend an arms embargo on Iran, which is due to expire in October.

Now Washington is trying to initiate the trigger mechanism under the JCPOA to end the nuclear deal altogether to block a remove of the arms embargos on Iran. Tehran had said that the US bid would fail to gain the required support at the Security Council, pointing out that Washington has no legal right to invoke a snapback mechanism to reinstate sanctions against Tehran under the 2015 nuclear deal that the US unilaterally left in May 2018.

In addition, Hatami will visit the 6th International Military-Technical Exhibition and Forum of Russia called “ARMY 2020”.

The International Military-Technical Exhibition and Forum of Russia has been held every year in this country since 2015 at the order of Russian President, where the latest achievements of the Russian military and defense industry are showcased.

The defense-military relations and cooperation between Islamic Republic of Iran and the Russian Federation have been growing in recent years in tandem with other aspects of mutual cooperation in the political and economic fields and have brought about good and valuable achievements for the two countries.

Strengthening and improving Tehran-Moscow defense cooperation in bilateral, regional and international fields will be one of the goals of the visit by the Iranian Minister of Defense to Moscow.