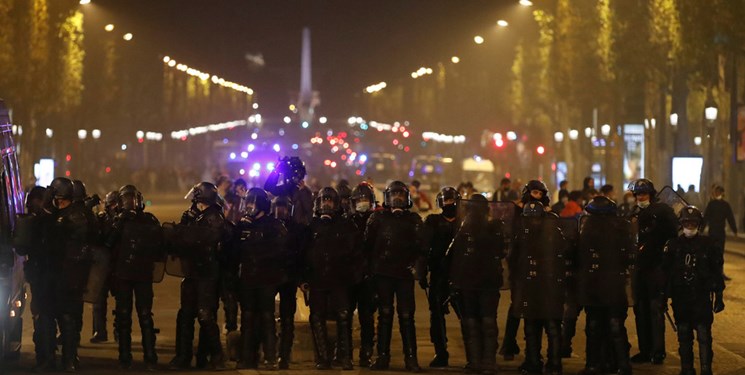 TEHRAN (FNA)- The streets of the French capital descended into chaos, with multiple incidents of vandalism and looting, following Paris Saint-Germain’s bitter defeat in the final Champions League clash against Bayern Munich.

As Bayern claimed a 1-0 win over PSG in the final of Europe's most glittering club football tournament, played in Lisbon, hundreds of disappointed fans poured out of bars and other venues into the streets of Paris, RT reported.

Multiple vehicles were smashed and at least one car torched near the Champs-Elysées, according to videos shared on social media. Several businesses were vandalized and ransacked, including a cafe and a jewelry store.

Riot police were seen clashing with the hooligans, and conducting several arrests.

Over 80 people were arrested in Paris after football fans gathered in the French capital on Sunday night, the Paris Police Prefecture announced, according to Sputnik.

According to a Sputnik correspondent, police used tear gas against football fans who gathered in Paris on the night of the UEFA Champions League final.