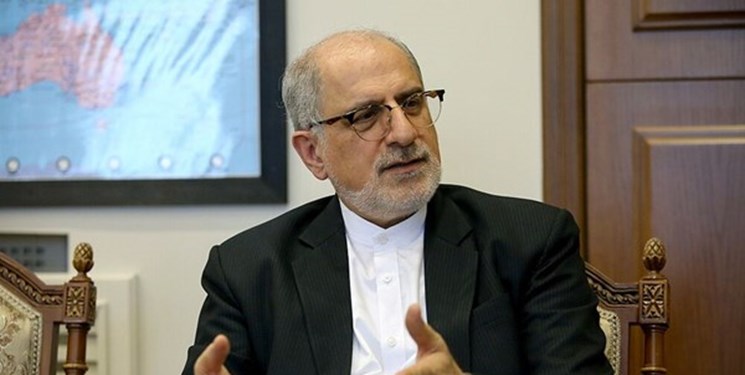 TEHRAN (FNA)- Iranian Deputy Foreign Minister Gholamreza Ansari said that the neighboring countries account for about half of exported products, and stressed the need for the reinvigoration of border capacities.

"Since 47 percent of Iranian products are exported to neighboring countries, it seems that high capacities of border provinces should be used optimally in line with the increasing exports," Ansari said on Thursday.

He underlined the need to use border capacities of the country to promote export.

Despite tough sanctions imposed against Iran, the country attained positive growth in export terms and the US anti-Iran policy, in bringing the country into its knee, has failed, Ansari highlighted.

Focusing on the export of products to neighboring countries and setting up better equipment and opportunities to facilitate trade with neighbors are of salient programs of the Iranian Ministry of Foreign Affairs in the economic sector, he said, adding, “export capacities with a focus on export of agricultural products should be strengthened and developed in Ardabil province.”

Productions should be made with the aim of export and in this way, export of products in agricultural sector should be supported duly, he emphasized.

Transfer of foreign exchange obtained from export into the country is one of the major problems facing those who are active in economic sector, he said, adding, “bartering goods can be considered as a safe way to settle the problem.”

Elsewhere in his remarks, Ansari pointed to the markets of Caucasian countries which have good capacity for export of products from this province to these countries due to the lingual commonalities and emphasized, “drastic planning should be made for importing and exporting products, so that both the government and Parliament are staunch supporter of export activities in the country wholeheartedly.”

Eslami made the remarks in a video conference with Turkmen Foreign Minister Rashid Meredov.

Iranian borders are facilitators of trade relations with the neighboring states and there are currently 30 customs office which are operating in this field, the Iranian minister said, expressing hope that the volume of trade exchanges with the friendly countries, including Turkmenistan would reach the previous level before the coronavirus epidemic.

Eslami underlined the importance of removal of any restrictions in order to boost trade between Iran and Turkmenistan.

He called for Turkmenistan cooperation for safely re-opening Sarakhs and Incheboron border terminals and remove obstacles to railroad link in border crossings.

Sarakhs, Bajgiran, Lotfabad and Incheboron are four land border crossings with Turkmenistan in east of the Caspian Sea and northeastern Iran.

In a releveant development, caretaker of Ministry of Industry, Mine and Trade Hossein Modarres Khiabani announced on July 5 that 80 percent of the border crossings have reopened and border trade is underway.

Modarres Khiabani said that 60 percent of the country's non-oil products are exported to 15 neighboring states.