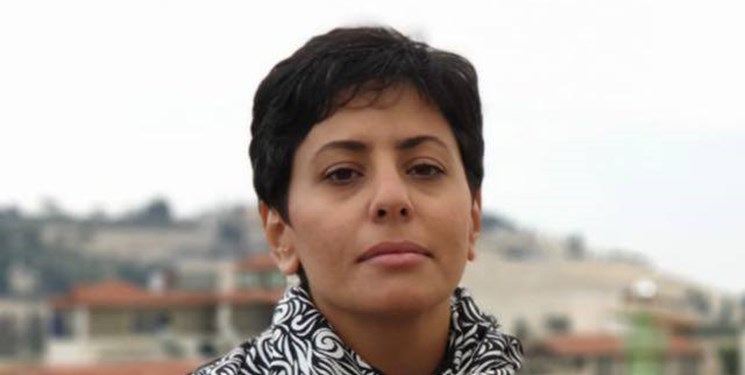 TEHRAN (FNA)- Fatima Abdulkarim, journalist, says the people of Palestine will not move out of their land, defying both annexation plan and the so-called deal of the century.

Speaking in an interview with FNA, Fatima Abdulkarim said maybe the people of Palestine are still not fully united in how to make this defiance; however, “for the Palestinians, the Israeli Prime Minister Benjamin Netanyahu’s annexation plan and the United States President Donald Trump’s ‘Deal of the Century’ are one”.

Fatima Abdulkarim is a Palestinian broadcast journalist with the focus on arts, culture and human rights. She is based in Jerusalem al-Quds.

Below is the full text of the interview

Q: How do you find the so-called deal of the century?

A: There is no doubt in the minds of any Palestinian that the United States peace plan that has come to be known as the ‘Deal of the Century’ is of American and Israeli making. The Palestinians were not consulted on the plan and it does not reflect any respect to the aspirations of the Palestinian people, but rather represents a solution to almost every problem Israel is facing with Palestinians in terms of security as its settlements expand and come closer and closer to Palestinian towns and communities. The plan can simply be seen as ‘an end of a headache’ to the Israeli cabinet, especially its current head and head of the far-right Likud party, the Israeli Prime Minister Benjamin Netanyahu. Many believe that the United States and Israel had thought that ‘deal’ would be sealed with a buy-off by rich donor countries, including Arab states, through the economic part of the plan that was announced before the political part in Manama, under the title ‘Prosperity to Peace,’ as a means of funding the plan and get an official jumpstart that would get Palestinians and their donors busy, while the Israeli government continues its geo-political schemes in the region, without any opposition to considering Jerusalem Al-Quds as “its own eternal capital.”

Q: Do you believe the so-called deal of the century will be approved from the Palestinian side at the end of the day?

A: At the beginning, just like any other decision or declaration that was deemed unjust by the people, Palestinians revolted with the only thing they have; their bare bodies. They came out to the streets and confronted the Israeli army in their manned stations throughout the West Bank; however, the demonstrations came in modest groups and did not last long. It is believed that, at that moment, after the United States' recognition of Jerusalem al-Quds as Israel’s capital and the series of events that followed, the martyrs who fell and the unilateral Israeli measures in different areas, especially in the Jordan Valley, which is entirely under Israeli security control, on the one hand, and the lack of proportional response by any side supporting Palestine, was the main reason why people’s uprising faltered quickly.

For the Palestinians, the Israeli Prime Minister Benjamin Netanyahu’s annexation plan and the United States President Donald Trump’s ‘Deal of the Century’ are one. They both eliminate Palestinian presence in their lands by keeping them bound to very small and satellite communities, and diminishes any chances for them to prosper and grow, being under the control and fear of the Israeli regime and the reign of the settlers.

Q: Why did Benjamin Netanyahu delayed his recent annexation plan? What did this move reveal about the so-called deal of the century based on which the annexation plan developed?

A: Head of Israeli Likud party, the longest serving Prime Minister in Israel, Benjamin Netanyahu, won the last general elections by a small margin. He had little choices if he wanted to continue to lead the regime, due to his fractured base, but he still managed to seal a power sharing deal with his only contender, Head of White and Blue Benny Gantz. Netanyahu probably only won because he had promised, repeatedly, and built his electoral campaign on the dream to take over the most vital parts of the occupied West Bank and keep Jerusalem al-Quds isolated, while all settlements, big and small, interconnected and unified under the same “civil code”, while Palestinians are ruled under military laws. Netanyahu promised that the annexation would start as of July 1, but no official declaration was made on the nature of the annexation process. On the outer shell, it seems like Gantz and Netanyahu are at odds concerning the date of the plan, but not the substance. However, this might only be a cover to throw in the face of the international condemnations while it covers the actual ongoing and non-stopping, or non-stoppable process of annexation of Palestinian lands every day.

Netanyahu’s annexation plan is not about to start, in fact, it is almost over; the occupied territory is already engulfed by Israeli control on all levels.

Palestinians, on the grassroots level, the people, may not be so sure on how to defy the ongoing annexation and destruction, but they are all determined on not moving out of their lands.