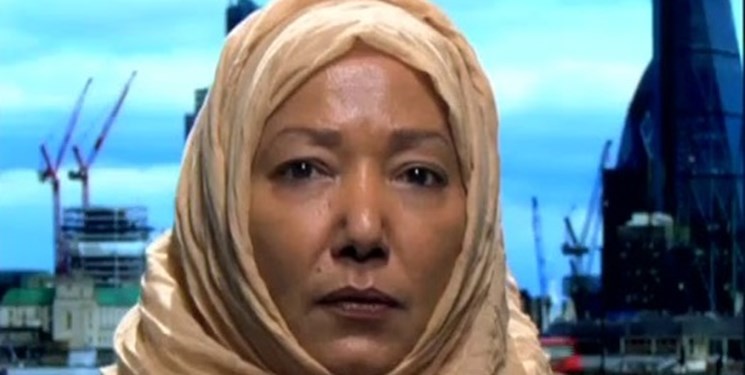 TEHRAN (FNA)- Kim Sharif, Yemeni human rights activist, says the UN repeatedly makes statements appealing sovereignty and unity of Yemen; however, “[its] refusal to acknowledge the authority of the government of Sana’a is actually enabling a division in Yemen”.

Speaking in an interview with FNA, Kim Sharif said the UN bodies, in a sheer abuse of the Vienna Convention, recognize Abdrabbuh Mansur Hadi, while “Hadi’s government’s legitimacy expired in 2014 by the virtue of the Gulf Initiative.”

Kim Sharif is a UK-based consultant solicitor, human rights activist and director of Human Rights for Yemen. She has given talks about the ongoing humanitarian catastrophe in Yemen at UN Human Rights Council Side Events as a panelist, and has spoken and written widely about the involvement of the UK through its crucial air command support and arms contracts.

Q: What necessary and indispensible features qualify a party or entity to rule Yemen as the legitimate government of the country?

Q: Why does the UN continue to recognize the government of Abdrabbuh Mansur Hadi who fled the country in 2014?

A: Hadi’s government’s legitimacy expired in 2014 by the virtue of the Gulf Initiative. The US, UN and Saudi-led coalition, and all their allies and backers are lying when they say they internationally recognize the government of Hadi, as there is no such a thing under the rule of law. The Vienna Convention is not an instrument to be abused by countries, by refusing to recognize the right government, which is the government of Sana’a, and then giving a government, whose term had ended, legitimacy through the backdoor by using the Vienna Convention that way. We want all the countries to support us on this, and to advance this argument simply because we want to protect Yemen as a united country. Yemen’s Salvation Government is the right government to administrate the country for the transitional period at the very least, so that there can be proper elections, this illegal aggression can be stopped, and people can do their own business. But, refusal to acknowledge the authority of the government of Sana’a is actually enabling a division in Yemen. Look at every instrument, resolution, report and statement made by the UN, or the Security Council or the Human Rights Council; there is always this statement that they will appeal the sovereignty of the state of Yemen, and its unity. We just want to standup and say it to the UN, do it happen in reality, stop abusing the Vienna Convention, because you are violating the rights of these millions of people by doing that.