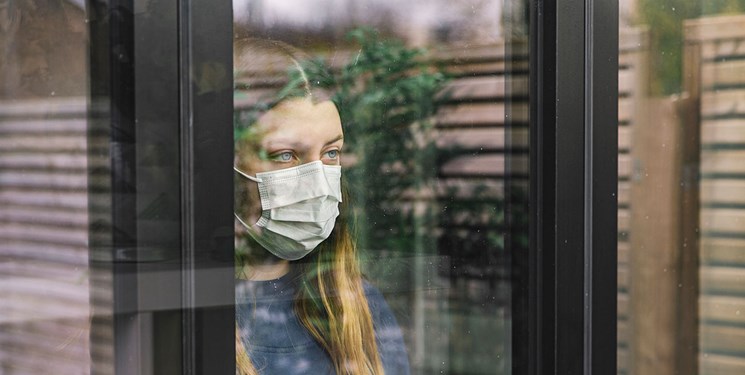 TEHRAN (FNA)- Loneliness is recognized as a serious threat to mental health. Even as our world becomes increasingly connected over digital platforms, young people in our society are feeling a growing sense of isolation. The COVID-19 pandemic, which forced many countries to implement social distancing and school closures, magnifies the need for understanding the mental health consequences of social isolation and loneliness. While research has shown that social isolation during childhood, in particular, is detrimental to adult brain function and behavior across mammalian species, the underlying neural circuit mechanisms have remained poorly understood.

A research team from the Icahn School of Medicine at Mount Sinai has now identified specific sub-populations of brain cells in the prefrontal cortex, a key part of the brain that regulates social behavior, that are required for normal sociability in adulthood and are profoundly vulnerable to juvenile social isolation in mice. The study findings, which appear in the August 31 issue of Nature Neuroscience, shed light on a previously unrecognized role of these cells, known as medial prefrontal cortex neurons projecting to the paraventricular thalamus, the brain area that relays signals to various components of the brain's reward circuitry. If the finding is replicated in humans, it could lead to treatments for psychiatric disorders connected to isolation.

"In addition to identifying this specific circuit in the prefrontal cortex that is particularly vulnerable to social isolation during childhood, we also demonstrated that the vulnerable circuit we identified is a promising target for treatments of social behavior deficits," says Hirofumi Morishita, MD, PhD, Associate Professor of Psychiatry, Neuroscience, and Ophthalmology at the Icahn School of Medicine at Mount Sinai, a faculty member of The Friedman Brain Institute and the Mindich Child Health and Development Institute, and senior author of the paper. "Through stimulation of the specific prefrontal circuit projecting to the thalamic area in adulthood, we were able to rescue the sociability deficits caused by juvenile social isolation."

Specifically, the team found that, in male mice, two weeks of social isolation immediately following weaning leads to a failure to activate medial prefrontal cortex neurons projecting to the paraventricular thalamus during social exposure in adulthood. Researchers found that juvenile isolation led to both reduced excitability of the prefrontal neurons projecting to the paraventricular thalamus and increased inhibitory input from other related neurons, suggesting a circuit mechanism underlying sociability deficits caused by juvenile social isolation. To determine whether acute restoration of the activity of prefrontal projections to the paraventricular thalamus is sufficient to ameliorate sociability deficits in adult mice that underwent juvenile social isolation, the team employed a technique known as optogenetics to selectively stimulate the prefrontal projections to paraventricular thalamus. The researchers also used chemogenetics in their study. While optogenetics enables researchers to stimulate particular neurons in freely moving animals with pulses of light, chemogenetics allows non-invasive chemical control over cell populations. By employing both of these techniques, the researchers were able to quickly increase social interaction in these mice once light pulses or drugs were administered to them.

Given that social behavior deficits are a common dimension of many neurodevelopmental and psychiatric disorders, such as autism and schizophrenia, identification of these specific prefrontal neurons will point toward therapeutic targets for the improvement of social behavior deficits shared across a range of psychiatric disorders. The circuits identified in this study could potentially be modulated using techniques like transcranial magnetic stimulation and/or transcranial direct current stimulation.