Earth's Water May Have Come from Meteorites Closer to Home 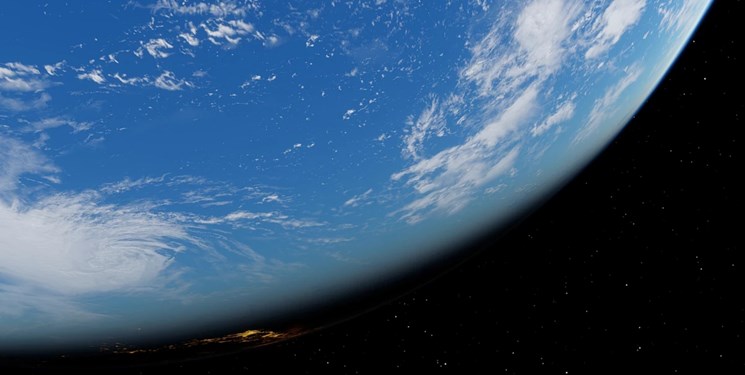 TEHRAN (FNA)- A new study by the Centre de Recherches Pétrographiques et Géochimiques in Nancy, France suggests that Earth's water may have come from stony meteorites in the inner solar system rather than distant comets from billions of miles away.

Earth is unique in the solar system because it's the only body with liquid water on its surface and huge oceans of the wet stuff covering three-quarters of the planet. One of the long-standing questions among scientists is, where did all this water come from?

The conventional thinking is that it came from far-reaching comets that rained down on the primordial Earth in the early years of its formation, though some studies suggest that this may not have been the case. In the accepted model, comets must have been the source because the inner solar system was too hot for water to condense into ice, which means that the stony asteroids and other bodies would have been too dry to provide much water.

However, the CRPG team led by Laurette Piani looked at a rare type of stony meteor called an enstatite chondrite, which makes up only two percent of meteorites recovered on Earth, but has a rather interesting composition.

Using conventional mass spectrometry and secondary ion mass spectrometry (SIMS), the team analyzed pristine enstatite chondrite meteorites that have not been contaminated by terrestrial water, looking at not only the elements present but their isotopic makeup. Like all chondrites, the samples had a very low ratio of metals, but also a very large amount of hydrogen. According to the researchers, this type of meteorite contains enough hydrogen to have filled the Earth's oceans three times over as they bombarded the forming planet.

In addition, the isotope ratios of oxygen, titanium, hydrogen, nitrogen, and calcium in the enstatite chondrites are very similar to materials found in the Earth's crust.

"If enstatite chondrites were effectively the building blocks of our planet – as strongly suggested by their similar isotopic compositions – this result implies that these types of chondrites supplied enough water to Earth to explain the origin of Earth’s water, which is amazing," says team member Lionel Vacher, who is now a postdoctoral researcher in physics in Arts & Sciences at Washington University in St. Louis.