How to End America’s Destructive Hegemony 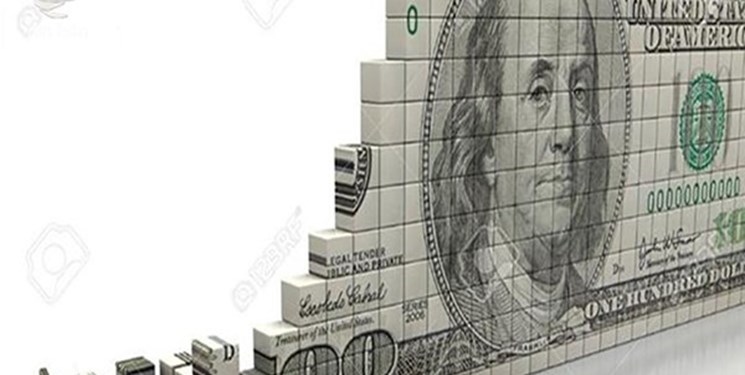 TEHRAN (FNA)- The United States continues to disrespect the established norms in the international order, and more specifically those who contest the War Party’s destructive hegemony, including even its European allies.

This has made the US the leading rogue state, the main threat to international stability and peace. Washington's complete disregard for international law, pacific cohabitation and diplomacy has been exposed, not only with the confrontation with Iran, Russia and China, but also the bullying and daily threats of sanctions against various actors of international society, including its European allies.

This hegemonic policy, in violation of international law and ignoring international practices, to the extent of insulting historic allies, is leading the United States to greater isolation.

These actions which are meant to try to maintain the sole hegemony of the United States, regardless of the costs, have had the opposite effect. Washington's partners, especially its allies, have also come to the realization that the US doesn’t care about their interests and values, such as multilateralism and the rule of law.

The only instrument allowing this US domination is the mighty power of the dollar and the control the United States has on the world financial system. Military power is significant, but a distant second to the hegemony of the dollar which has enabled President Trump to have such a brutal behavior. This has to stop and it can be stopped.

Dedollarization of the world economy seems like the only way to allow the international community to put an end to the United States' destructive domination and to force it to renounce its rogue state practices.

To this end, the United States’ sanctions regime has become a blessing in disguise for many countries. It has forced Iran to strengthen financial and economic ties with Russia and other Eurasian nations. The US economic warfare has forced the two neighbors to trade in local currencies by connecting their financial messaging services to handle two-way banking transactions. They are dealing same way with China.

Washington’s unilateralism is forcing China, Turkey, Iraq and a host of other nations to also resurrect the same currency exchange system. US unilateralism approach has even pushed Moscow and Beijing to use their currencies in settlements. Trade in rubles and yuans is the priority and eventually both will turn from a convertible currency into a reserve currency. The two economic powers are implementing the currency swap agreement to boost trade and eliminate dependence on the dollar. They have stressed their support for trade with Iran and opposition to US unilateral sanctions.

These mechanisms and trade in local currencies have a common aim: To ditch the US dollar and protect banks and bank-rollers from sanctions the Trump administration has threatened against countries and entities that dare to defy its hegemony.

That the Trump administration has forced nations to adopt new or old economic strategies shows the continuing isolation of the US and unilateral policies. The Trump administration’s measures are bringing many countries together with a common goal of bypassing what are unilateral sanctions. They know that if Washington is allowed to try and use its dollar to punish them, soon even US allies will be next. That’s why these nations are refusing to side with Washington and scrap international treaties.

This shouldn’t be a short-lived project, in part because the global economy is still exposed to Washington’s unilateral foreign policy practices, but more because America’s unilateralism is also against the United Nations Charter and has no international support.

Indeed, dedollarization is the only way to stop the United States government from using the dollar as a convenient weapon of choice to preserve its global economic and geopolitical position for many more decades.

The idea to ditch the dollar should also gain momentum in Europe since Trump has waged trade and tariff wars against Canada, Mexico, and the European Union. His assault on the global trading system has resonated well with these nations. They can and should also move and diversify their trade away from the dollar in order to minimize the negative impacts of US domination.

The moment is ripe for the world market to move trade out of the US currency and into other currencies in settlements. In today’s multilateral world, it has become increasingly irritable for nations to purchase securities, goods and services in the US dollar. They want to opt for national currencies and ditch the greenback as a currency in their trade.

Other commodity-producing countries could and should stop using the dollar in global trade, as well. They could use national currencies and cryptos to reduce dependence on the greenback. This way, they can curb their exposure to dollar movement risks and the effects of US sanctions and trade wars, which typically feature cutting off their access to international trade and dollar-dominated transactions.

Looking forward, this long-overdue and vital transformation of the global monetary system won’t happen overnight. But it is happening regularly and will most likely continue to happen for the coming decades.