GC Secretary: Desecrators of Islam Profaners of All Religions 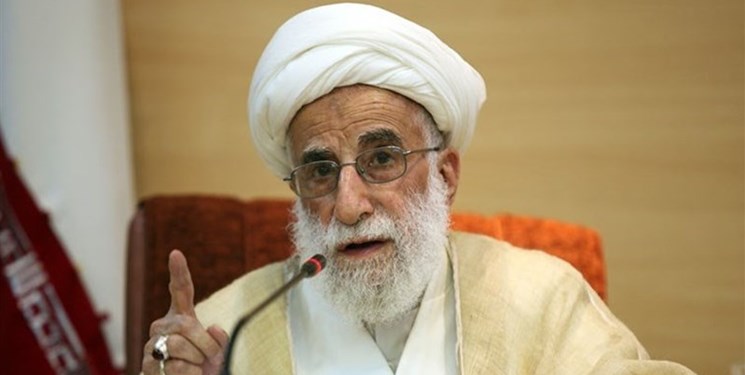 TEHRAN (FNA)- Secretary of Iran's Guardian Council Ayatollah Ahmad Jannati lashed out at the recent blasphemous moves in the West against the Islamic sanctities, stressing that disrespect of Islam is tantamount to disrespect of all divine religions.

Ayatollah Jannati, issuing a statement on Sunday, strongly condemned the recent Islamophobia in the West and underlined that insulting the Prophet of Islam and the Holy Quran is equal to insulting all other divine religions.

He called on the Islamic governments and international bodies to condemn the sacrilegious measures and show proper response in a bid to prevent the repetition of such impudent moves.

The senior cleric urged the Western leaders to take a serious stand against this kind of violent and racist acts, “to at least save their own face.”

During an illegal gathering on August 28, supporters of right-wing Danish politician Rasmus Paludan, who leads the anti-Islamic group, Tight Direction (Stram Kurs), burned a copy of Holy Qur’an in the Southern Swedish city of Malmo.

On Tuesday, (September 1), the ill-reputed French Magazine Charlie Hebdo also republished blasphemous cartoons of the Prophet of Islam on the eve of the trial of suspects in a deadly attack on the paper’s office five years ago.

In relevant remarks on Sunday, Secretary-General of the World Assembly of Islamic Awakening Ali Akbar Velayati condemned the of the French magazine Charlie Hebdo's insult to Prophet Mohammad (PBUH), and blamed the Zionists and the US for the sacrilegious move.

“Charlie Hebdo's sinister insult is a continued deceitful plot and act done in recent years by the ominous triangle of the US, the international Zionism and the western front in the face of the spread of the culture and school of Islam and the implementation of Islamophobia in France,” Velayati said.

He added that forming and strengthening terrorist groups in the name of Islam, repeatedly insulting the character of the Prophet Mohammad (PBUH), tarnishing the image of Islam, making insulting videos and animations, etc. are among the insulting cultural actions along with military, political and economic measures such as terrorism, sanctions, bribery, war, compromise and deal which seek to hold Islam and Muslims back on the path of human advancement and civilization and prevent delivering of the message of peace and friendship of pure Islam to the hearts.

“The World Assembly of Islamic Awakening condemns this crime and the big insult to the great Prophet of Islam and calls on all Muslims of the world to thwart the conspiracies of the anti-Islam theorists and policymakers by carrying out such actions while maintaining vigilance and sharpness,” Velayati said.

Also on Sunday, Vice-Speaker of the Iranian Parliament Seyed Amir Hossein Ghazizadeh Hashemi said the desecration of the Holy Quran and the Prophet of Islam is strongly condemned by all Muslims, and urged the foreign ministry to take action against the blasphemous moves through international bodies.

Ghazizadeh Hashemi in a note on Sunday urged the Iranian Ministry of Foreign Affairs to follow up the sacrilegious move of the French magazine in insulting Prophet Muhammad (PBUH) in France and also the insult against the Holy Quran in Sweden.

“In addition to legal pursuit of the case at the international organizations, the Iranian Ministry of Foreign Affairs should try to put this issue on top the agenda of Organization of Islamic Cooperation (OIC) as soon as possible,” the lawmaker noted.

"The French magazine's impudent move, which has been repeated with the pretext of freedom of speech, has hurt the feelings of the world's monotheists, and is a provocative move and an insult to the values and beliefs of over one billion Muslims in the world," he added.

"Contrary the offensive move made by the magazine, freedom of speech is a great value which must be used in a constructive way in line with the peaceful coexistence of human beings and further understanding among religions,” Hashemi further said.